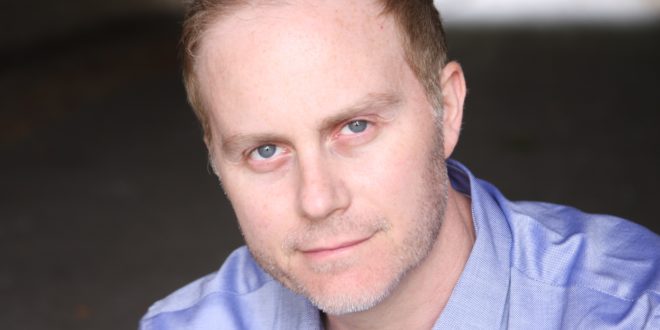 Orange is the New Black returned with a powerful, action-packed season in June and with came a villain that made you cringe. Officer Hermann is one to dislike and we get to see his story continue in the newest season. We got the opportunity to talk with Altman about his role in the new season and what else has coming up for us.

KRISTIN: You have an impressive list of projects under your belt. What made you first want to be a an actor?

JASON: I grew up as a middle child always performing with my siblings for my parents and their friends. I was always cast as the lead in school and camp plays, so after high school when it came time to decide on what I wanted to do, it was a no brainer.

KRISTIN: Season 6 of Orange is the New Black is out and fans are raving about it. How was it returning as a villain this season?

JASON: It was great to return and that Jenji Kohan decided to develop my character into a larger, more integral role!

KRISTIN: I know why I dislike officer Hermann, but what do you think it is that makes him so easily dislikable?

JASON: well, the main reason is that he ends up destroying the life of a fan favorite character.  He’s a really dirty cop that you don’t want to cross paths with.

KRISTIN: For anyone who has not seen season 6 yet, what should we expect from Hermann?

JASON: I think you can expect him to give his side of the story as to what went on during the season 5 riot.

KRISTIN: From a viewer standpoint, this season was so much better than the last few seasons. There was a ton of action, but also a lot of great side stories flowing through it. What do you think it is about season 6 that made it so good?

JASON: I think it brings up so many emotions for the audience. It touches on so many of the current events in our world that each and every viewer can relate to in some way.

KRISTIN: This season also felt very much like it could be a series finale, but the show is set to return for another season. Do you have any info you can give us on Season 7?

JASON: I haven’t heard anything as of yet. I am hoping Herrmann will be seen again!

KRISTIN: If you could play any other character on the show, who would it be and why?

JASON:  Well, I’d love to play a role like Taystee at some point. Her character has been through so many highs and lows throughout the series.  For me it has been the most intriguing story of all the characters on the show.

KRISTIN: Do you have other projects are you working on or have in the works?

JASON: I’m working on a short film next month but as far as television, I’m back to the grind of auditions and seeing what comes up next.

KRISTIN: Where can we keep up with your career online? Do you have social media platforms?

Make sure to check out the new season of Orange is the New Black on Netflix now! You can also follow Altman on Twitter and Instagram, both listed above, to stay tuned to his upcoming projects. We are looking forward to more from him.

Super Mom and Awesomely Nerdy Lady who can’t stand to sit still. Delving into the online world I ran a successful online radio channel and blog that brought fans up close and personal with their favourite music, television and movie stars. Now, with my hilariously nerdy partners in crime, we are hiding our nerdyness no more! Twitter: @Kristin_Downer
Previous BOOK REVIEW: Lies, Love, and Breakfast at Tiffany’s by Julie Wright
Next BOOK REVIEW: Hamilton and Peggy!: A Revolutionary Friendship by L.M. Elliott

BOOK REVIEW: When We Left Cuba by Chanel Cleeton

BOOK REVIEW: The Gentleman’s Guide to Vice and Virtue by Mackenzies Lee