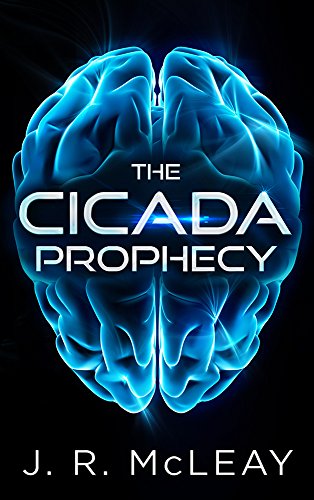 MANKIND’S GREATEST DREAM: THE CONQUEST OF DEATH
IS FINALLY REALIZED…
BUT IT COMES WITH A CATCH.

In the near future, medical science finally discovers the secret to achieving immortality and eternal youth.
But in order to preserve everyone’s youthful vitality they must undergo an operation before passing into adulthood that maintains their body in the form of a pre-adolescent eleven year old.

Under the auspices of the United Nations Global Longevity Initiative led by brilliant neurosurgeon Dr. Richard Ross, the program promises a peaceful utopian society where emotionally and intellectually mature juveniles rule the world.

But not everyone is happy with the new arrangement—a small but passionate group of rebels from the Garden of Eden church, led by the mercurial Calvin James, plots to overthrow the new regime and return the world to its natural order.

Starting with a shocking revelation at the end of the first chapter, the peaceful utopian premise is quickly upset through a series of sinister schemes and escalating medical complications, where suddenly the world finds itself on the brink of imminent extinction.

Building to an exciting climax, Dr. Ross and his endocrinologist girlfriend must find and save the one remaining adult female Queen, whose mature eggs represent the final link to the continuity of the human race.

**A copy of this book was given by the author for an honest review.**

Before reading “The Cicada Prophecy” I had not heard of J.R. McLeay. As an avid reader I have never been drawn to medical suspense or medical books of any sort really. McLeay has made me a believer that they can be interesting and draw you in, even if anything medical is not really of interest to you. It’s a bit of learning with a lot of entertainment.

“The Cicada Prophecy” follows the story of doctors who have come up with a way of halting the physical maturing of people. Imagine if you could be 13 forever. At least physically. Now for some that sounds terrifying. For others, it is a fair exchange for everlasting life. But when you have something as good as eternal youth, you also have those who oppose it. “The Cicada Prophecy” not only follows this magnificent medical ability to stop aging, but also those who want to tear it down and return to the natural evolution of life.

While the book may not be my absolute favorite book ever, it was a great contender and widened my horizons on the types of books I am interested. I would not hesitate to pick up another medical suspense after this (and let’s hope it is as good as this one). Not only was the plot line of this book something I have never read before (which is rare), but it was also very well written and well developed. With a topic that involves medical terminology, you have to make sure to appeal to those who may not know much about that category. McLeay wrote this story in a way you understood what the doctors were doing, but not so much that you felt you were reading a medical chart. The characters were well developed and written and McLeay took the time to describe them and their quirks so as to make them more understood. You got multiple different view points in this story, which is not something I’m typically a fan of, but I definitely think was a benefit in this story because of the complexity and the different sides to the story line.

All together this was a well written and diverse book. McLeay has talent. Hands down. It’s refreshing when you find a book that is not only well written, but also has great characters, developed, and an intriguing story line. Great job J.R. McLeay. Four out of five stars!

Make sure to follow author J.R. McLeay on twitter to keep up with his upcoming work. You can also pick up a copy on Amazon for only 99 cents!

Super Mom and Awesomely Nerdy Lady who can’t stand to sit still. I ran a successful online radio show that brought fans up close and personal with their favorite music, television and movie stars. Now, with my hilariously nerdy partners in crime, I have turned to my first love, BOOKS! A lover of books from a young age, I now always have a book on me no matter where I go. Books are my therapy. Twitter: @Kristin_Downer
Previous ‘Orange Is The New Black’ Season Three Announced
Next BOOK REVIEW: “The Secrets We Keep” by Trisha Leaver