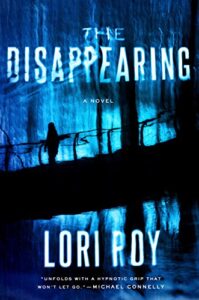 When Lane Fielding fled her isolated Florida hometown after high school for the anonymity of New York City, she swore she’d never return. But twenty years later, newly divorced and with two daughters in tow, she finds herself tending bar at the local dive and living with her parents on the historic Fielding Plantation. Here, the past haunts her and the sinister crimes of her father–the former director of an infamous boys’ school–make her as unwelcome in town as she was the day she left.

Ostracized by the people she was taught to trust, Lane’s unsteady truce with the town is rattled when her older daughter suddenly vanishes. Ten days earlier, a college student went missing, and the two disappearances at first ignite fears that a serial killer who once preyed upon the town has returned. But when Lane’s younger daughter admits to having made a new and unseemly friend, a desperate Lane attacks her hometown’s facade to discover whether her daughter’s disappearance is payback for her father’s crimes–or for her own.

With reporters descending upon the town, police combing through the swamp, and events taking increasingly disturbing turns, Lane fears she faces too many enemies and too little time to bring her daughter safely home. Powerful and heart-pounding, The Disappearing questions the endurance of family bonds, the dangers of dark rumors and small town gossip, and how sometimes home is the scariest place of all.

Lori Roy is a well known author for bringing intriguing, page turning drama throughout an entire novel. The Disappearing definitely followed the same road with lots of twists and turns.

The story follows Lane as she returns to her hometown after running away years later, only to find herself facing very similar situations and now it is dwindling down to her daughters. Then one goes missing.

I like how Roy told a story, but kept the ending a secret. The way she wrote The Disappearing was from multiple perspectives and it jumped around in time. On one hand this allowed the reader to get a glimpse of the story as we attempted to piece together the ending. On the other hand, I felt it drew away from the story and added a bit of confusion, rather than intrigue. I felt that at times the story was leading us towards what we thought was the antagonist, only to change course. This happened enough to make me frustrated multiple times. I also was not expecting a slight cliffhanger ending, now having to wait for book two… if there is one.

Even with that, I felt this story had a lot of substance and depth that may other stories lack. It wasn’t just one single story. Much like life, The Disappearing showed how multiple lives twisted together, and one persons actions had consequences on more than just their own lives. I liked the different characters and their personalities, which also showed how life choices and circumstances can shape a future and that of those around you.

The Disappearing is a strong read and I would recommend it to anyone wanting a mystery/thriller with lots of twists.

The Disappearing by Lori Roy is available July 17th on Amazon, Barnes and Noble, and a book store near you. Also make sure to add it to your To Reads list on Goodreads when you are finished. You can also check out more of author Lori Roy’s novels from her website here!

Super Mom and Awesomely Nerdy Lady who can’t stand to sit still. I ran a successful online radio show that brought fans up close and personal with their favorite music, television and movie stars. Now, with my hilariously nerdy partners in crime, I have turned to my first love, BOOKS! A lover of books from a young age, I now always have a book on me no matter where I go. Books are my therapy. Twitter: @Kristin_Downer
Previous BOOK REVIEW: Copycat by Hannah Jayne
Next BOOK REVIEW: Baby Teeth by Zoje Stage