**NOTE: This post is written by author Andrea Lochen as a contribution to our site. More information on her is below!**

What better time of year than Mother’s Day to showcase some of the most memorable fictional mothers in some of the best new novels? From loving, supportive mothers to complex, trailblazing mothers to selfish, vindictive mothers, this list has it all! 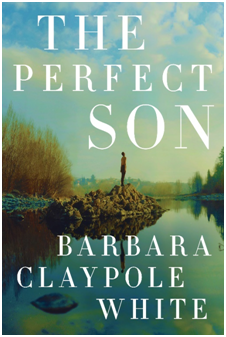 Ella Fitzwilliam, the mom in THE PERFECT SON, quit a successful career in jewelry design to be full-time parent, mental health coach, and advocate for her son, Harry, who has a soup of issues that include Tourette syndrome. She has devoted 17 years of her life to his therapy, to educating teachers, to being Harry’s emotional rock and giving him the confidence he needs to be Harry. Thanks to her, Harry is comfortable in his own skin, even when people stare. After Ella has a major heart attack in the opening chapter, her love for Harry tethers her to life. But as she recovers, she discovers the hardest parenting lesson of all: to let go. 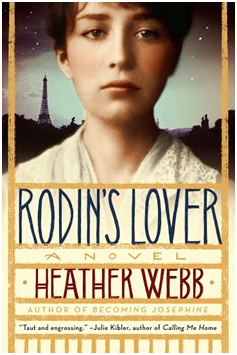 In RODIN’S LOVER, Camille’s mother, Louise Claudel, is spiteful, jealous, and disapproving of Camille’s pursuit to become a female sculptor in the 1880s. She also shows signs of mental illness. Because of this relationship, Camille struggles with all of her female relationships the rest of her life, and ultimately, to prove to her mother that she’s truly talented. 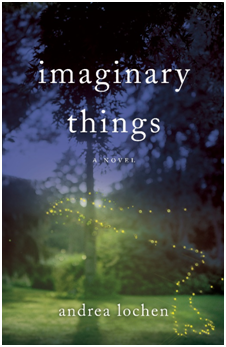 In IMAGINARY THINGS, young single mother Anna Jennings has a unique power that most parents only dream of—the ability to see her four-year-old son’s imagination come to life. But when David’s imaginary friends turn dark and threatening, Anna must learn the rules of this bizarre phenomenon, what his friends truly represent, and how best to protect him. 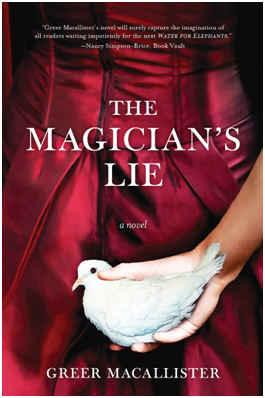 In THE MAGICIAN’S LIE, Arden’s mother is remarkable both for what she does and what she doesn’t do. As a young woman, she bears a child out of wedlock and runs away with her music teacher, never fearing the consequences. But later in life, her nerve fails her—just when her daughter needs her most. 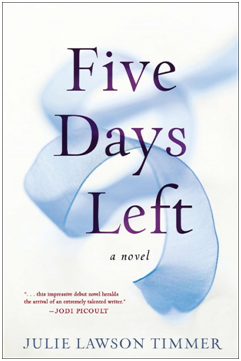 In FIVE DAYS LEFT, Mara Nichols is, in some ways, a typical mother: she loves her daughter fiercely, thinks about her constantly and goes to great lengths to balance her high-stress legal career with her daughter’s needs. But there are two ways in which Mara isn’t typical at all. First, she adopted her daughter from India, making good on a lifelong promise to rescue a baby from the same orphanage where Mara herself lived decades ago. And second, when Mara is diagnosed with a fatal, incurable illness that will render her unable to walk, talk or even feed herself, she has to make the kind of parenting choice none of us wants to consider—would my child be better off if I were no longer alive? 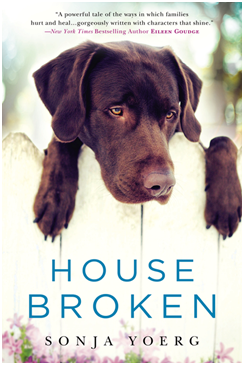 In HOUSE BROKEN, Helen Riley has a habit of leaving her grown children to cope with her vodka-fueled disasters. She has her reasons, but they’re buried deep, and stem from secrets too painful to remember and, perhaps, too terrible to forgive. 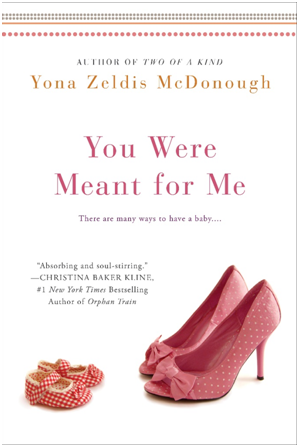 In YOU WERE MEANT FOR ME, having a baby is the furthest thing from Miranda Berenzweig’s mind. She’s newly single after a bad break up, and focused on her promotion at work, her friends and getting her life back on track. Then one frigid March night she finds a newborn infant in a NYC subway and even after taking the baby to the police, can’t get the baby out of her mind. At the suggestion of the family court judge assigned to the case, Miranda begins adoption proceedings. But her plans—as well as her hopes and dreams—are derailed when the baby’s biological father surfaces, wanting to claim his child. The way she handles this unforeseen turn of events is what makes Miranda a truly memorable mother. 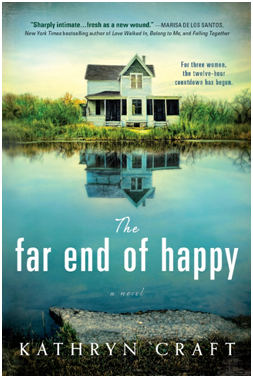 8) The Far End of Happy by Kathryn Craft (Sourcebooks Landmark, May 2015)

In THE FAR END OF HAPPY, Ronnie has hung in there as long as she can during her husband’s decline into depression, spending issues, and alcoholism and he will not accept her attempts to get him professional help. She is not a leaver, but can’t bear for her sons to witness the further deterioration of the marriage. She determines to divorce—and on the day he has promised to move out, he instead arms himself, holes up inside a building on the property, and stands off against police. When late in the day the police ask Ronnie if she’ll appeal to him one last time over the bullhorn, she must decide: with the stakes so high, will she try one last time to save her husband’s life? Or will her need to protect her sons and her own growing sense of self win out? 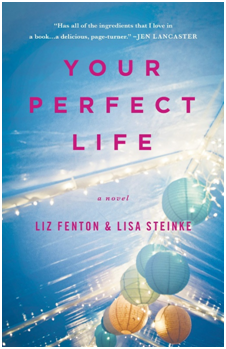 In YOUR PERFECT LIFE, long-time friends, Rachel and Casey wake up the morning after their twenty year high school reunion to discover they’ve switched bodies. Casey is single with no children before becoming an instant mom to Rachel’s two teenagers and baby. Despite her lack of experience as a parent, and her often comedic missteps with the baby in particular (think: diaper blow outs and sudden sleep deprivation) Casey’s fresh perspective on her new role helps her connect with each of the children in a very different way than Rachel. And when the oldest, Audrey, is almost date raped at her prom, it is Casey’s strength that she draws from an experience in her own past that ultimately pulls Audrey through. Although it is hard for Rachel to watch her best friend take care of Audrey when she so desperately wants to, she realizes that Casey can help her daughter in a way she can’t. And Casey discovers she might have what it takes to be a mom to her own children someday. 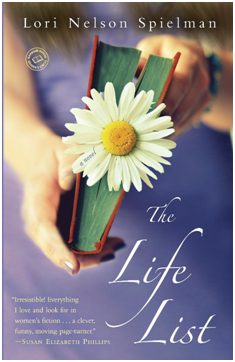 Elizabeth Bohlinger, the mother in THE LIFE LIST, is actually deceased. But she still has a big presence in her daughter’s life—some may say too big! With heartfelt letters, Elizabeth guides her daughter, Brett, on a journey to complete the life list of wishes Brett made when she was just a teen. Like many mothers, Elizabeth has an uncanny ability to see into her daughter’s heart, exposing buried desires Brett has long forgotten.

Andrea Lochen is a University of Michigan MFA graduate. Her first novel, The Repeat Year (Berkley, 2013), won a Hopwood Award for the Novel prior to its publication. She has served as fiction editor of The Madison Review and taught writing at the University of Michigan. She currently teaches at the University of Wisconsin-Waukesha, where she was recently awarded UW Colleges Chancellor’s Award for Excellence in Teaching. Her second novel, Imaginary Things (Astor + Blue Editions, 2015) is recently released and has garnered wonderful praise. With features on Barnes & Noble.com, Huffington Post, and Brit + Co., her work is being introduced to thousands of new readers. Andrea currently lives in Madison with her husband and daughter and is at work on her third novel. For more information visit www.andrealochen.com

Super Mom and Awesomely Nerdy Lady who can’t stand to sit still. I ran a successful online radio show that brought fans up close and personal with their favorite music, television and movie stars. Now, with my hilariously nerdy partners in crime, I have turned to my first love, BOOKS! A lover of books from a young age, I now always have a book on me no matter where I go. Books are my therapy. Twitter: @Kristin_Downer
Previous BOOK REVIEW: ‘Lois Lane: Fallout ‘ by Gwenda Bond
Next BOOK REVIEW & SPOTLIGHT: “Some Kind of Normal” by Juliana Stone