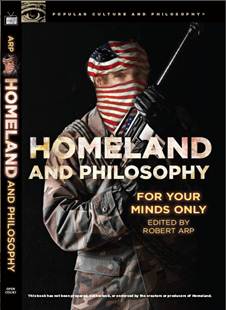 After September 11th, the world became fascinated with the world of terrorists and making sure everything possible was being done to stop what happened from happening again. Robert Arp, a research analyst who works for the U.S. Army and previous philosophy professor recently worked on a project… a book called “Homeland”. If you are not familiar with the hit TV show on Showtime, then this book might just get you interested. We talked with Robert Arp about his work on the book and his professional background that brought him to work on this project.

KRISTIN: Let’s start out with you telling us a little about what it is you do and how you got started in the business.

RA: I am a research analyst working for the US Army at Ft. Leavenworth. I was a philosophy professor for years. While finishing up my PhD in philosophy at Saint Louis University in the early 2000s, my colleagues, Kevin Decker and Jason Eberl, co-edited Star Wars and Philosophy, and that’s when I wrote my first philosophy and pop culture piece. Then it was a piece for Beatles and Philosophy, and I edited South Park and Philosophy, and now have some 40 chapters in PPC books and 13 or so edited books out or coming out in the next year, to include books on Downton Abbey, It’s Always Sunny in Philadelphia, Justified, Breaking Bad, Psych, and others.

KRISTIN: You worked on the project, Homeland and Philosophy. How did you come to be involved in this?

RA: My wife, Susan, said, “You gotta watch this show, and you should do Homeland and Philosophy.” When I watched the pilot episode of Homeland, the al-Qaeda component reminded me of where I was when 9/11 occurred. It’s crystal clear in my memory: I was in grad school at Saint Louis University, getting ready to go teach Introduction to Philosophy, standing in the kitchen of my home on Hampstead Street in St. Louis, looking out the back window at the flowers we planted in the spring, having just placed my dishes in the dishwasher, and my wife called me from her 1st-grade classroom, and said, “Turn on the news. A plane just flew into the World Trade Center.”

I watched the second tower collapse in near-real time on TV—it was 9:28 am Central Standard Time.

Like most everyone else, I was deeply depressed that day and for several days after; then angry, then sad again, then angry again. Because of these emotions (and I’m sure I’m not alone in thinking this), the Islamist jihadist extremism of al-Qaeda—complete with the terrorist activities associated with it—is what initially attracted me to Homeland.

KRISTIN: For those who are unaware, Homeland is a hit show on Showtime about terrorism, the government, and misguided people (to put it nicely). What people don’t realize is things like this really do happen and there are people working on situations like these. Why do you think we, as a public, are so blinded to what really happens?

RA: We’re kept in the dark for our own good, and for the safety of those who fight terrorism. We can’t go broadcasting what we intend to do to terrorists, because then the terrorists obviously will evade capture or being “taken out” by us. Let’s not forget that Homeland is entertainment, and that there’s no way that someone like a Carrie would really exist in the CIA with all of her major problems. She would be viewed as a threat to the safety of the CIA and would be put in prison, likely, for what she’s done.

KRISTIN: What do you hope people take from this book when reading it?

RA: There’s the obvious question of the nature and ethics of terrorism in Homeland, but things got deep pretty quickly as I was able to pinpoint numerous philosophical themes in the show the more I watched. And I’m not alone. The authors in this book present some straightforward philosophical topics and arguments picked out from Homeland stories, but they also have used characters, ideas, and plot lines as a springboard into some of their own philosophizing. The goal in this book is pretty simple: we want to use Homeland as a way to bring some philosophy to you, the reader, as well as bring you to some philosophy.

KRISTIN: Without ruining the book, what kind of reactions and feelings do you feel the book will draw as people work their way through it?

RA: The terrorism aspect will draw them in. They’ll be captivated, too, by the religious discussions. The drone stuff is great, too. My chapter is the best one, obviously…

KRISTIN: Where and when is this book available?

KRISTIN: Now that this book is about to release, what other projects are you working on that we should be on the lookout for?

Philosophical Approaches to the Devil, Routledge, with Ben McCraw, 2015

KRISTIN: Where can we keep up with you online? Website? Social Media?

Make sure to pick up ‘Homeland & Philosophy’ at your local book store. You can also order it from Barnes & Noble or Amazon.

Super Mom and Awesomely Nerdy Lady who can’t stand to sit still. Delving into the online world I ran a successful online radio channel and blog that brought fans up close and personal with their favourite music, television and movie stars. Now, with my hilariously nerdy partners in crime, we are hiding our nerdyness no more! Twitter: @Kristin_Downer
Previous BOOK REVIEW: A Penny for the Hangman by Tom Savage
Next Jane The Virgin Premiere Brings CW Best Monday Ratings In Years 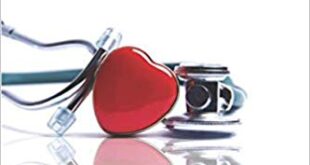 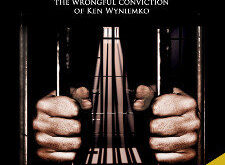 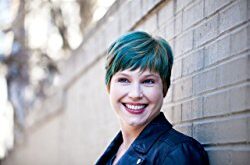 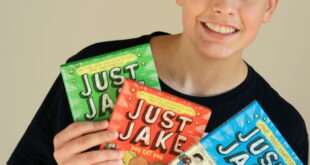 Jake Marionette is your average teenage boy. Except for the fact that he is a …