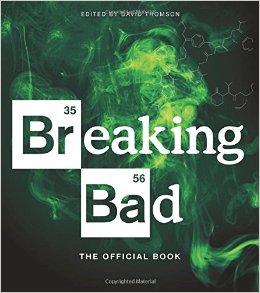 SYNOPSIS
One of the most critically acclaimed series ever produced, Breaking Bad (Sony Pictures Television/AMC, 2008–2013) won legions of avid viewers who debated its every nuance as they followed the evolution of terminally ill high-school teacher Walter White as he became the drug kingpin Heisenberg. This one-of-a-kind book—the ultimate official guide to the show—covers the evolution of Breaking Bad from the pilot to the final episode and beyond. Adapted and expanded from Breaking Bad Alchemy, the interactive e-book for the iPad, it highlights the unique elements that made the series so magnetic. The book is filled with insider secrets about the making of the show and the meanings behind its iconography, as well a complete Breaking Bad timeline; in-depth looks at the series’ groundbreaking cinematography, music, and special effects; exclusive interviews with creator Vince Gilligan; and new text from noted film critic David Thomson. Bad fans will enjoy the book’s updated design, more than 100 new images, and perceptive captions. Renowned critic David Thomson reveals an extensive interview with Vince Gilligan just for this edition, and provides an insightful introduction—arguing that Breaking Bad is not only a great show, but one of the most significant works of fiction in the new century. In addition to exploring how this epic series came to be, Thomson sets Breaking Bad in the context of both crime literature and long-form television.

REVIEW:
Breaking Bad fans should be excited about this book. It is the ultimate fan guide. David Thomson took a series that ended, a fan favorite, and extended it in a way fans could enjoy for time to come. The ultimate Breaking Bad memorabilia.

The book starts with a breakdown of the series and points out things readers may have never thought of. It’s stuffed to the brim with interviews, character breakdowns, stories, and pictures. I was a late entry to the world of Breaking Bad. I started watching on Netflix when the final season was about to air. I quickly caught up and became addicted (maybe unhealthily so) on learning everything about it. Being a hardcore fan, and believing Breaking Bad is probably one of the greatest shows on TV, this book is perfection. It’s dark and dirty, just like the series.

Thomson did a great job of compiling all the stuff the fans will love and want to read about. I’ve read a few “official books” before based on TV shows or movies and this one is actually good. It’s filled with juicy details, behind the scene looks, and everything any fan would actually love to know about their favorite series. Great job Thomson for compiling this work of art. The fans will definitely appreciate it.

Now excuse me while I go binge watch the entire series again. Don’t judge me!

You can pick up your own copy of “Breaking Bad: The Official Book” by David Thomson by swinging over to Amazon or Barnes and Noble. You can also find it in local bookstores. Also add it to your TO READS list on Goodreads!

Super Mom and Awesomely Nerdy Lady who can’t stand to sit still. Delving into the online world I ran a successful online radio channel and blog that brought fans up close and personal with their favourite music, television and movie stars. Now, with my hilariously nerdy partners in crime, we are hiding our nerdyness no more! Twitter: @Kristin_Downer
Previous BOOK REVIEW: “Fat Girl Walking” by Brittany Gibbons
Next BOOK REVIEW: “From Stilettos to the Stock Exchange” by Tina Aldatz 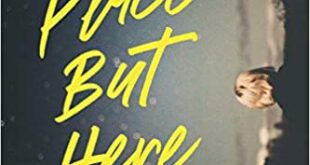 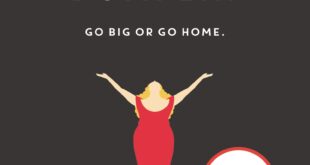