Love is worth the chase, even if it means trouble.

When Ava Cardona returns home after being away for ten years, she plans to visit with her younger sister then get out of town fast. There are too many painful memories she’d rather not relive. But when a storm hits and she’s stranded on the side of the road, she has no choice but to accept help from the man who hurt her the most—Nick Williams.

Nick isn’t happy to see Ava either. She had been the love of his life, and she ran away without any explanation. Now he’s stuck with her on his family’s farm, and old feelings are racing to the surface. While the weather rages outside, the air is just as turbulent inside. But even though they both want to keep as far away from each other as possible, old attractions keep pulling them closer.

As the days pass, their icy dispositions begin to melt, and once they begin talking, they finally start to let go of past hurts. A relationship could even be in their future…or at the very least, a friendship with benefits.

But when Ava learns of a family secret that devastates her, and she discovers that Nick has known about it for years, she does what she does best…runs. Will Nick let Ava run from him again, or will he be strong enough to chase her and fight for her love?

I am not sure what drew me to this book when my editor asked me if I wanted to read it.  I have found as I have gotten older the “fluff” books that I originally turned my nose up at have gotten more and more traction on my reading lists.  With that being said I have begun to read more Contemporary Romance novels.

Ava has returned to her hometown at the bidding of her younger teenage sister Bella.  She dreads returning home.  She doesn’t have a great relationship with her father and her mother killed herself in a drunk driving crash.  While some of her memories are happy, most of them are not.  She is sitting in a diner eating and fending off the advances of a cute guy when she feels a tingle go up her spine like someone is watching her. She turns around and sees her old boyfriend, Nick, shooting daggers at the back of her head from a distance.  She and Nick were inseparable when they dated 10 years prior.  Her father told her that Nick took the money he offered him to break up with her and never look back.  While driving home in a horrible storm Ava gets stranded on the side of the road when her car breaks down.  The person that rescues her is none other than Nick.  Nick offers to drive her home and finds the road flooded.  He takes her back to his house until the storm passes and the road clears.  Ava and Nick are finally able to have that talk that they never had 10 years prior.  Will the truth come out about her leaving?  Will sparks fly between them once again?

I absolutely adored this book.  I have added the author to my reading list for her next books.  I will say it did take me a minute to figure out some of the lingo as the story takes place in Australia.  I will actually admit that once I realized that I did “read” the character’s voice with an Australian accent.  The characters are well rounded and the family issues that Ava’s family has are something that you can see a normal family having.  Nick’s family is the same as they deal with the grief from the loss of a loved one.   As for the romance part of it, they were fairly clean.  They do kiss and make out, there is the occasional undressing but the rest is all up to your imagination.

You can pick up your copy of Chasing Trouble by Sonia Stanizzo on Amazon or Barnes and Noble. Also check your local bookstore. Make sure to add it to your To Reads list on Goodreads and leave feedback for the author when you are finished. Stanizzo has another novel, The Trouble with Mr. Pretty, also available on Amazon.

Stay-at-home mom to two children and one toddler. I love to read, travel (haven't done it in a while), and cook. Born and raised in Three Rivers, Michigan and currently, reside in Northern Michigan. Can't wait to start sharing my book thoughts/ reviews with you!!
Previous BOOK REVIEW: A Beautiful Work In Progress by Mirna Valerio
Next BOOK REVIEW: What They Don’t Know by Nicole Maggi 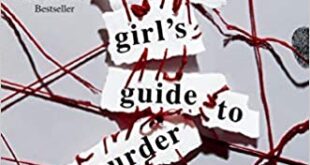 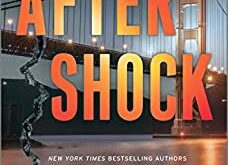 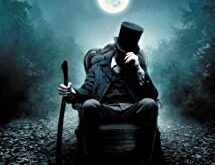 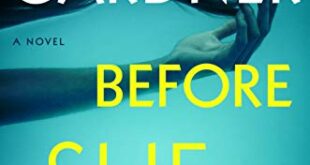 BOOK REVIEW: Before She Disappeared by Lisa Gardner