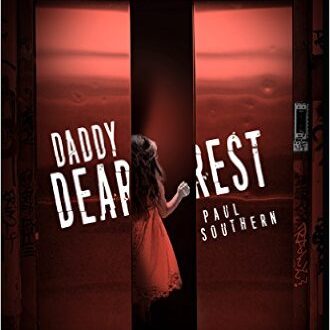 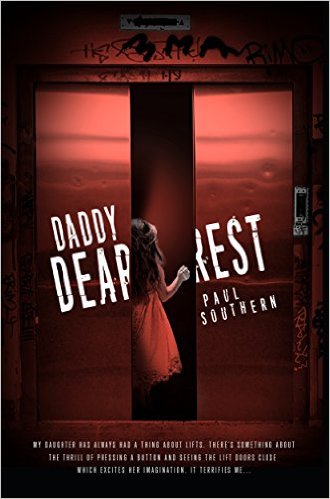 An estranged father’s weekend with his beloved five-year-old daughter turns into a nightmare when she gets into the lift of a city centre tower block and goes down without him. She vanishes without a trace. It sets off a race against time, and a nationwide manhunt, to find her. As the police investigation closes in, suspicion falls on those closest to her – with devastating consequences. Daddy Dearest is a terrifying story of love, obsession and psychological meltdown.

‘My daughter has always had a thing about lifts. There’s something about the thrill of pressing a button and seeing the lift doors close which excites her imagination. It terrifies me. Every time she walks in, I imagine it’s the last time I’ll see her. What if she hits the button before I get there? What if the lift doors close and I can’t get her out? It drives me nuts. There are eight floors in the Sears building, nine if you count the basement, and the lift is fast: more like a fairground ride, really. It does top to bottom in twelve seconds. I’ve timed it. Taking the stairs, I’ve done it in forty-two. That leaves a gap of thirty seconds. You’d be surprised what can happen in that time. I was.’

My first impression of this book based on the synopsis was that it was going to be a really good mystery of trying to find a missing child and who took her. While that may be what the author wanted you to think, that wasn’t what I ended up getting. I wouldn’t say I disliked this book, but “Daddy Dearest” was not what I was expecting and not exactly what the description shared.

Paul Southern’s “Daddy Dearest” follows the story of a father who has a small five-year-old daughter who has a love for elevators. One day she gets in an elevator without him and goes down… only to never be seen again. I did kind of like the mystery behind the father. You never learn his name in the entire book, which makes him more mysterious and interesting. However, instead of being a book full of investigation and trying to find the culprit for the missing child, we find out who did it at about 40%. The rest is them trying to not get caught. Before that, the first third of the book was basically ninety percent inner monologue of the father. And he’s not the greatest character. He’s vulgar and kind of psychotic. Even after the daughter goes missing we barely hear anything about it until the halfway mark of the book. I was really close to giving up reading when finally the book started reading like a book instead of just one really long monologue from the main character. There were times when he went to the police station to give a statement and they never talked. A few sentences were exchanged, but most was his opinion of the officer and other random memories that popped in his mind. It was as if he wasn’t actually thinking of his child at all. There was an entire inner monologue of his thoughts on the therapist, which were incredibly offensive about women and how most women were mediocre and not beautiful but tried hard to be beautiful only to fail. This was an incredible turn off to me for this book. Had this book been any longer, I would have given up before reaching the part where the story started to flow.

The second half of the book flowed much better, but by this point I was disappointed. The most suspense was whether or not the perpetrator was going to get away with it or not. While I enjoyed it more I felt the damage was already done and it was hard to really enjoy the book as much as I’d have liked to at that point. I feel a book should grip you from the start and the first part of this book had me wanting to put it down, not pick it up. However, I wouldn’t be opposed to trying out another Paul Southern book again to see if I liked it more, because I did like the writing in the second half and would hope to see more of that in future books. Unfortunately, this one just fell short of my expectations. Two stars.

I also encourage you to pick up a copy of the book yourself and decide for yourself how you enjoy it. You can get your own copy on Amazon. Also add it on Goodreads to your To Reads list and leave your feedback for the author when you are done.

Super Mom and Awesomely Nerdy Lady who can’t stand to sit still. Delving into the online world I ran a successful online radio channel and blog that brought fans up close and personal with their favourite music, television and movie stars. Now, with my hilariously nerdy partners in crime, we are hiding our nerdyness no more! Twitter: @Kristin_Downer
Previous BOOK TOUR/BOOK REVIEW: “The Girl from The Savoy” by Hazel Graynor
Next BOOK REVIEW: “This Is What Goodbye Looks Like” by Olivia Rivers