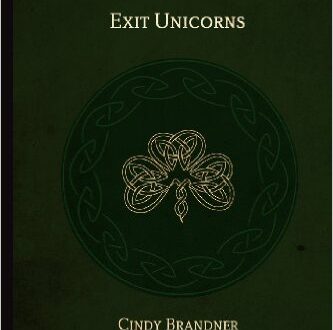 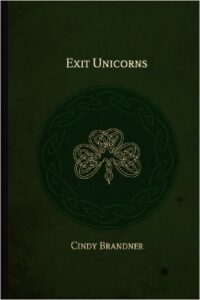 In this sweeping and powerful epic the journey begins in the ‘terrible beauty’ of Northern Ireland during a time when conflict reigns and no one is spared from tragedy and sorrow, the time known as The Troubles. It is the spring of 1968 in Belfast and James Kirkpatrick has just lost his father under suspicious circumstances, Casey Riordan is released from prison after five years and Pamela O’Flaherty has crossed an ocean and a lifetime of memories to find the man she fell in love with as a little girl. All three lives are on a collision course with each other against the backdrop of the burgeoning civil rights movement and a nation on the brink of revolution. They come from disparate backgrounds-Jamie a wealthy aristocrat whose life is like an imperfect but multi-faceted jewel-brilliant, flawed and with a glitter that is designed to distract the observer. Casey, a card-carrying member of the Irish Republican Army, who must face the fact that five years away has left him a stranger, a misfit in his own neighborhood where not everyone is sympathetic to a convicted rebel. Pamela, who has come to Ireland in search of a memory and a man who may not have existed in the first place. Through it all runs the ribbon of a love story: love of country, the beginning love of two people unable to resist the pull of each other regardless of the cost to themselves and those around them, and the selfless love of one man who no longer believes himself capable of such emotion. It is an electrifying tale of a people divided by religion and politics, a tale of love and danger, of triumph and tragedy. Ultimately it is the story of that ‘terrible beauty’ herself-Ireland-and how nation is bound to one’s identity, woven into the weft of all we become.

I first encountered this book series when it was described by someone as a “fix” for those of us waiting for the 9th installment of the Outlander books. I was extremely excited to read them and was even more excited to find out that they are part of “Kindle Unlimited Program” that I received as a Christmas gift.

The story opens as Jamie Kirkpatrick was being roused from his drunken stupor to get ready for his father’s funeral. He manages to get through the day without a drink but as evening sets in the “Tinkers” (Irish Gypsies) arrive at the house to pay their respects to his late father. He allows himself to be swept up in the evening: dancing, food, drink and friends. He is given a gift by them, a young, beautiful women. He takes her inside and is unable to do anything but fall into a deep alcohol-induced sleep. The next day he finds the woman in the dining room wrapped in his robe, eating breakfast. She tells him her name is Pamela and she would like to work for him: helping in the kitchen, running errands, helping him translate Gaelic into English, etc. He agrees but doesn’t realize he already knows this beautiful young woman. He rescued her when he was living in Canada for a brief time. She had taken her father’s horse out for a ride and got bucked off. He visited her every day in the hospital and read a variety of books to her. She became infatuated with him. When she was old enough she started searching for him in hopes of winning his heart and hand. Things, however, do not go as she planned.

Her path crossed with Casey Riordan, a young man who had just been released from a British prison after spending 5 years in it for being in the “wrong place at the wrong time.” She falls deeply in love with him and her whole life changes. She finds herself marching with Pat, Casey’s younger brother, in a protest march from Belfast to Derry. She gets injured when the police, who were supposed to protect them, drive them into angry mobs armed with sticks, stones, clubs and other homemade weapons. Pam’s life takes a dark turn when she and Pat were returning from a soccer game in Belfast. They get attacked on the train by a group of men. Every time Pam didn’t do something the attackers told her to they kicked or punched Pat. They gravely injure Pat and rape Pam. They both recover but decide to hide this incident from Casey. Eventually, Casey is told by a friend that he saw Pam going into an abortion clinic in London with Jamie whose life is still intertwined with Pam’s. She had become pregnant from the rape and wanted to end the pregnancy. Casey jumps to conclusions and assumes it is Jamie’s child. Pam finally tells him about the incident on the train.

I will stop there before I give too much away and let you read the book for yourself.

I was fairly disappointed with this book. Until the last 20% or so it just was not grabbing my attention like I feel it should have. It felt like I slogged through it instead of an enjoyable read. While the author does a good job of writing, there is just too much detail and chapters get drawn out. One of them, according to my Kindle, was over an hour long. I will really have to think about if I actually want to read the next book in the series. Though the author ended the last chapter with such a jaw-dropping revelation that I feel compelled to read the next book just to find out what happens.

Pick up your copy of “Exit Unicorns” on Amazon. Also add the book to your TO READS list on Goodreads and leave your feedback for the author, Cindy Brandner after you finish.

Stay-at-home mom to two children and one toddler. I love to read, travel (haven't done it in a while), and cook. Born and raised in Three Rivers, Michigan and currently, reside in Northern Michigan. Can't wait to start sharing my book thoughts/ reviews with you!!
Previous BOOK REVIEW: “Find Her” by Lisa Gardner
Next BOOK REVIEW: “Try Not To Breathe” by Holly Seddon