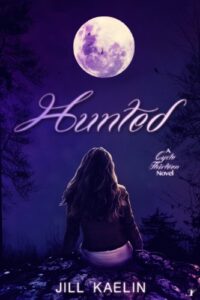 8; That’s how old I was when I found out I was special. I was given my rose quartz gem and taught about my past.

13; That’s how many times I’ve lived in this world. This is my thirteenth life cycle as a human.

1; That’s how many seconds it took me to fall in love with Mike. It’s also the amount of time I had to say goodbye to him just before he was killed by Reggie, the hunter that’s been after me for months.

Will Reggie succeed in killing me too, and possibly eradicating the planet of the unicorn race forever?

I have read The Southern Vampire Mysteries (aka the Sookie Stackhouse Series) as well as The Vampire Diaries Series. If you really wanted to you could add the Harry Potter Series to the list. So I am really no stranger to supernatural/paranormal based books. So when I offered to read this book I naturally assumed I knew what I was preparing to read.

Skye is what you would think of as a typical teenager. She likes boys but keeps them at bay. She knows they like her because of the power that she holds over them. She works part time at Hot Topic with her best friend Jules. She goes to a what we would call an “AP” school. But Skye has a secret. At 8 years old she found out that she was a unicorn. She is on her 13th life cycle. This is where her power over boys comes in. Her gemstone is Rose Quartz which seems to attract all kinds of boys. They think they love her but it’s just the gem. She usually can pull off a “crazy chick” routine and all is well. That is until meets Mike. Mike comes into Hot Topic routinely just so he can catch a glimpse of her. Jules doesn’t understand why Skye refuses to get involved with him. That is until Skye lets her in on her families secret. Jules is flabbergasted but is tickled that her best friend would trust her that much to let her in on the secret. Jules slowly begins to understand why Skye has a hard time dating guys. But all that changes when Skye passes out at a drama performance at the school. She finds out later that while everyone rushed to her side, Mike beat everyone there. Later that night, while she was laying in bed, Mike shows up and asks if she saw what he saw in the wings of the auditorium, a unicorn. She admits that she did. This revelation leads to her and her family realizing that Mike is a unicorn. One that the unicorns all thought died in a horrible fire that killed his parents 10 years ago. Can Mike, Skye and the other unicorns band together to save their race from the unicorn hunter?

I will say this I was totally not expecting the whole unicorn angle. It was certainly a new angle on the whole supernatural/paranormal genre for me. The book did keep me reading and at times wanting more. I would catch my breath at stressful situations and “aww” at cute moments. However, the book is written at a fairly low level. It kind of reminded me of something that would be written in a high school short story class. Simple wording and very juvenile antics. I felt the writing could have been more in depth and have more developed characters. I will say that if there is a sequel to the book I would probably read it as the author left us with a major cliffhanger. I truly have to find out what happens to Skye and Mike and the rest of the unicorn race.

Three out of Five stars.

You can pick up your copy of Hunted (Cycle 13) by Jill Kaelin on Amazon! Also make sure to add the book to your Goodreads To Read list and leave feedback for the author when you are finished. Stay tuned to more from the Hunted series and more in general from author Jill Kaelin.

Stay-at-home mom to two children and one toddler. I love to read, travel (haven't done it in a while), and cook. Born and raised in Three Rivers, Michigan and currently, reside in Northern Michigan. Can't wait to start sharing my book thoughts/ reviews with you!!
Previous BOOK REVIEW: The Kingdom of Oceana by Mitchell Charles
Next BOOK REVIEW: We Could Be Beautiful by Swan Huntley 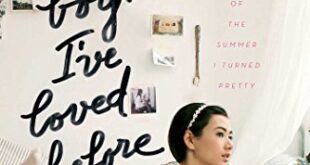 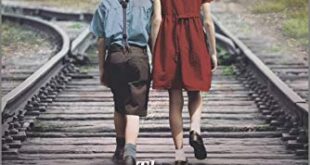