On August 13, 1944, Joe Moser set off on his forty-fourth combat mission over occupied France. Soon, he would join almost 170 other Allied airmen as prisoners in Buchenwald, one of the most notorious and deadly of Nazi concentration camps. Tom Clavin’s Lightning Down tells this largely untold and riveting true story.

Moser was just twenty-two years old, a farm boy from Washington State who fell in love with flying. During the War he realized his dream of piloting a P-38 Lightning, one of the most effective weapons the Army Air Corps had against the powerful German Luftwaffe. But on that hot August morning he had to bail out of his damaged, burning plane. Captured immediately, Moser’s journey into hell began.

Moser and his courageous comrades from England, Canada, New Zealand, and elsewhere endured the most horrific conditions during their imprisonment… until the day the orders were issued by Hitler himself to execute them. Only a most desperate plan would save them.

The page-turning momentum of Lightning Down is like that of a thriller, but the stories of imprisoned and brutalized airmen are true and told in unforgettable detail, led by the distinctly American voice of Joe Moser, who prays every day to be reunited with his family.

Lightning Down is a can’t-put-it-down inspiring saga of brave men confronting great evil and great odds against survival.

I find stories of survival from World War II to be fascinating. The situations these people were put through and the pure urge to survive no matter what always inspires me to try and live a better life.

This story follows the life of a flyer in World War 2 that helped drop bombs on Nazi’s and then was caught and became a prisoner. Although it follows the story of Joe Moser, it also tells multiple different stories of people on both sides of the war and the things they did. I felt like I learned a lot about a wide range of people that I hadn’t read about in the past. My favorite is obviously the side of good and the things people sacrificed to help save others. It’s always heart warming to read books like this that make you feel really good about humanity even in the worst of times.

My biggest upset about this book was the formatting. It jumped around a lot from the beginning of the war to the end of the war and back and forth telling different side stories while telling the story of Joe Moser and his fellow flyers. Sometimes this got confusing on who we were talking about. Or they would be following the main storyline but jump forward to tell you how they ended up, but then jump back to give more details. I wished it had flowed a little more smoothly.

Otherwise the story itself was amazing. It’s terrible and heartbreaking, but the pure drive to survive and the way they helped each other get from one step to the next, sometimes literally, was the best. This story will tell you the worst of the war, but shines a light on the best of those who fought it for us. Definitely one to check out.

Super Mom and Awesomely Nerdy Lady who can’t stand to sit still. I ran a successful online radio show that brought fans up close and personal with their favorite music, television and movie stars. Now, with my hilariously nerdy partners in crime, I have turned to my first love, BOOKS! A lover of books from a young age, I now always have a book on me no matter where I go. Books are my therapy. Twitter: @Kristin_Downer
Previous BOOK REVIEW: Sisters of the Great War by Suzanne Feldman
Next BOOK REVIEW: The Road Trip by Beth O’Leary 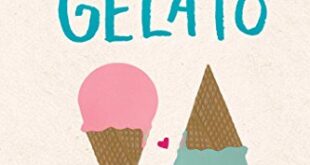 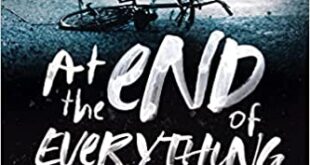 BOOK REVIEW: At the End of Everything by Marieke Nijkamp 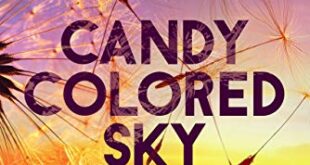 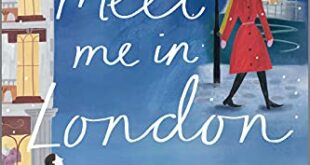 BOOK REVIEW: Meet Me In London by Georgia Toffolo