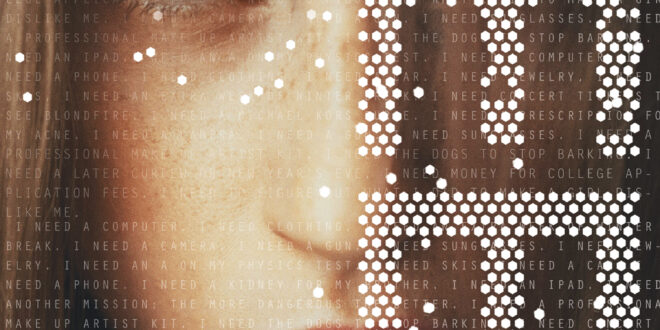 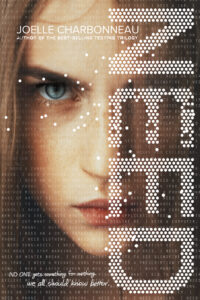 “No one gets something for nothing. We all should know better.”

Teenagers at Wisconsin’s Nottawa High School are drawn deeper into a social networking site that promises to grant their every need . . . regardless of the consequences. Soon the site turns sinister, with simple pranks escalating to malicious crimes. The body count rises. In this chilling YA thriller, the author of the best-selling Testing trilogy examines not only the dark side of social media, but the dark side of human nature.

Being that I’m slightly older and not a teenager, I still love a good YA Fiction book. I find them to be fun reads, good story lines, and interesting characters. Very insightful. “Need” by Joelle Charbonneau definitely gave insight into human nature. It’s sad to say there are people out there who would behave in a manner such as that in this book… which is quite terrifying in itself. Selfish, needy, and not knowing the difference between a need and want.

“Need” centers on a small Wisconsin town in the midst of Christmas break. Teenagers stuck at home, sleeping in, and playing on their computers. Suddenly a new invite-only social media site called NEED comes up and within a matter of days the entire high school is on it. So what’s the big deal? Need asks you what you NEED after explaining the different between a need and a want. In typical teenage fashion… new phones, video games, computers, good grades on tests without the work, and simple WANTS are added to the list. All you have to do is invite a few friends to the site or do a simple task. It doesn’t take long for some to realize these tasks are not so simple and could have deadly consequences. The stories’ main character is Kaylee, possibly one of the ONLY students who puts a real need… a kidney for her sick little brother.

Charbonneau took a very real situation, the selfishness of today’s youth, and tied it into a movie about a website that ends up terrorizing a town all because of selfish behavior. I loved Kaylee’s character because I relate to her. I loved her drive to help her brother, even if it meant the entire town thought she was crazy. While I loved Kaylee, a lot of the other characters I disliked. I disliked some of the parents because it seemed like every parent in the book had a favorite child and basically ignored the other. I didn’t like some of the kids because I would like to think more kids have a better head on their shoulders than to do some of the things these kids do. I think there is a line that has to be drawn on what is realistic and what is not. I believe kids will do something they feel is innocent even if it ends up being not, but I don’t think perfectly normal teenagers will do blatantly evil things for something as little as a new phone. At least not in the masses they do in this book. It seems like normal, every day kids turned into psycho, serial killers all because they liked getting new stuff. Maybe one, but not multiple. It’s like they had no conscious.

The reality in the story is what lowered my rating to 3-stars. I liked the story and some of the characters. I loved the suspense as you waited to see what happened next. However, I did not like the reality of the overall situation. Between the characters acting very out-of-character for today’s teens and a conspiracy I would like to believe would never actually take place, it was hard to shake that unbelievable feeling. I also was a bit thrown by the switching P.O.V.’s. I understand where Charbonneau was coming from with showing you what people were thinking throughout the town, but I think it would have increased the mystery had it been a single P.O.V. or even a two person P.O.V. With as many as there were, sometimes I had to stop and go back to figure out which person it was I was reading about and which story went with them.

Maybe I’m naive in a sense that I’d like to believe people are better than this. However, with the lack of reality and fast swapping story lines, I still like the book. I’d likely read it again and I’d definitely read more work from Joelle Charbonneau. She has a good writing style, the story did flow with a beginning, middle, and end that was not confusing, and there wasn’t a lot of jumping around in the timeline. Kaylee had a very developed character and we knew about her and her past, but I wish we had gotten a little bit more story from some of the other characters we heard from regularly. If you are looking for an easy read with some twists and turns to keep you interested, pick up a copy of “Need”.

You can get your own copy of “Need” by Joelle Charbonneau TODAY from Amazon, Barnes and Noble, and at your local bookstore. Add it to your Goodreads TO READ list and make sure to leave your reviews for the author after you read. Keep up with all Charbonneau’s newest books on her website HERE and follow her on Twitter!

Super Mom and Awesomely Nerdy Lady who can’t stand to sit still. Delving into the online world I ran a successful online radio channel and blog that brought fans up close and personal with their favourite music, television and movie stars. Now, with my hilariously nerdy partners in crime, we are hiding our nerdyness no more! Twitter: @Kristin_Downer
Previous BOOK REVIEW: “How To Be Brave” by E. Katherine Kottaras
Next BOOK REVIEW: “For the Right to Learn” by Rebecca Langston-George