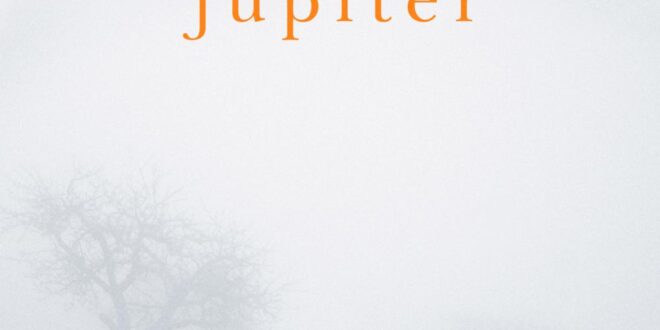 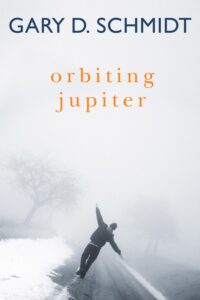 Jack, 12, tells the gripping story of Joseph, 14, who joins his family as a foster child. Damaged in prison, Joseph wants nothing more than to find his baby daughter, Jupiter, whom he has never seen. When Joseph has begun to believe he’ll have a future, he is confronted by demons from his past that force a tragic sacrifice.

Though he has written quite a few, I have never read one of Gary Schmidt’s books before. But after reading his latest venture, Orbiting Jupiter, I think I will make a point to pick up his other works of fiction in the future.

Jack, or sometimes adoringly referred to as Jackie, is the narrator of the story. He is a 12 year old middle school student who lives on a dairy farm. Jack is an only child, but he is not always the only boy living in his house due to the fact that his parents are foster parents. The family decides to take on a new boy named Joseph, who has had his share of his trouble in his young life. Joseph is a few years older than Jack, and the two boys quickly forge a brotherly bond. Joseph is very protective of Jack and vice versa. You can really sense the love between these two characters.

The crux of the story centers on Joseph and his daughter, Jupiter. Jupiter doesn’t have a main role in the story, but her presence is felt throughout it. Joseph desires to have contact with his daughter, but due to circumstances out of his control, that is extremely difficult for more than one reason. Jack’s parents love Joseph as their own son and try very hard to help him see Jupiter and make him happy. They want to give him the desires of his heart, but they find they aren’t doing enough when Joseph takes matters into his own hands. This is an engaging story of love, compassion, courage, and change, and I simply do not want to say anything more because I don’t want to give anything away!

On a different note, I only had one minor issue with this book. The reason I gave it 4 out of 5 stars is there simply wasn’t enough of it. I felt the author rushed a bit at times, and it could have been more detailed. The last 10-15 pages of the book really threw me for a loop, and I wanted more of the story, but it was quickly over. If he wanted to, Schmidt could easily write a sequel to this book.

Orbiting Jupiter is worth a read. Check it out today; you won’t be disappointed!

You can pick up “Orbiting Jupiter” in digital or hard copy on Amazon or Barnes and Noble. And if you haven’t read it yet, add it to your 2016 reading list on Goodreads.

BIO: Born and raised in Michigan, Amy is a proud wife, mother, and Christian. She currently teaches 8th grade Language Arts, where she can show her nerdy tendencies in her love for punctuation, book discussions, descriptive words, and parallel structure. She also enjoys reading, shopping, spending time with her family, and eating really delicious food.
Previous BOOK REVIEW: “Firsts” by Laurie Elizabeth Flynn
Next BOOK REVIEW: “The Things We Keep” by Sally Hepworth