BOOK REVIEW: The Book of Whispers by Kimberley Starr 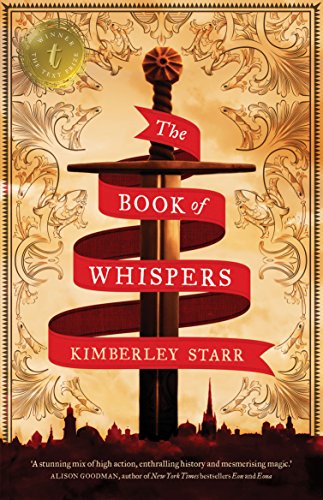 Tuscany, 1096 AD. Luca, young heir to the title of Conte de Falconi, sees demons. Since no one else can see them, Luca must keep quiet about what he sees, or risk another exorcism by the nefarious priest Ramberti.

Luca also has dreams—dreams that sometimes predict the future. Night after night Luca sees his father murdered, and vows to stop it coming true. Even if he has to go against his father’s wishes and follow him on the great pilgrimage to capture the Holy Lands.

Far away in Cappadocia, Suzan has dreams too. Consigned with her mute mother to a life in an underground convent, she has a vision of a brown-haired boy riding through the desert. A boy with an ancient book that holds some inscrutable power. A boy who will take her on an adventure that will lead to places beyond both their understanding.

Together, Luca and Suzan will realise their true quest: to defeat the forces of man and demon that wish to destroy the world.

I requested this book because I thought that it sounded interesting and the cover art was absolutely stunning. A large sword planted into the countryside with a title of the book curling like a flag around the sword.

Total disclosure before I even talk about this book. I didn’t finish it. I read 9% and I was totally creeped out. The demons were just too much for me. I totally got the creeps every time I tried to read it. I attempted it multiple times. The story revolves around Luca, a young Italian boy who can see demons. He sees them on everything: clothes, homes, books. Luca discovers a secret about his dad. He can also see the demons. He feels more of a kinship with his dad when he finds out. Luca desperately wants to fight in the Crusades with his father and his stepbrother. His dad wants him to stay home and learn how to run the farm and the house. He refuses and stands up anyway at the ceremony to join the Crusades.

Like I said, I didn’t finish the book. I don’t want you to think that it’s a horrible book. Make that decision for yourself. I really wanted to like this book but I just couldn’t get into it. The demons creeped me out to the point of “sleeping with one eye open.”

The Book of Whispers by Kimberley Starr is available on Amazon and Barnes and Noble. Also make sure to add it to your To Reads list on Goodreads and leave feedback for the author when you are finished. You can check out more about author Kimberley Starr, including her book The Kingdom Where Nobody Dies, on her website HERE. You can also follow her on Twitter for up-to-date news about book releases.

Stay-at-home mom to two children and one toddler. I love to read, travel (haven't done it in a while), and cook. Born and raised in Three Rivers, Michigan and currently, reside in Northern Michigan. Can't wait to start sharing my book thoughts/ reviews with you!!
Previous BOOK REVIEW: Futura by Jordan Phillips
Next BOOK REVIEW: If the Creek Don’t Rise by Leah Weiss 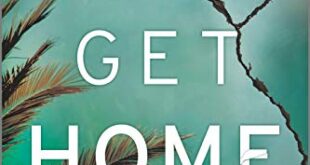