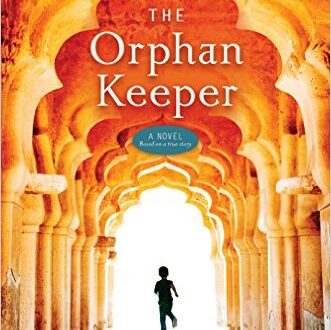 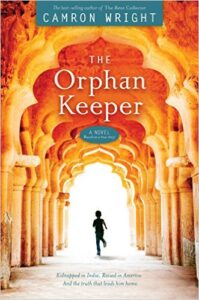 Based on a remarkable true story.
Seven-year-old Chellamuthu’s life is forever changed when he is kidnapped from his village in India, sold to a Christian orphanage, and then adopted by an unsuspecting couple in the United States. It takes months before the boy can speak enough English to tell his parents that he already has a family back in India. Horrified, they try their best to track down his Indian family, but all avenues lead to dead ends.

Meanwhile, they simply love him, change his name to Taj, enroll him in school, make him part of their family—and his story might have ended there had it not been for the pestering questions in his head: Who am I? Why was I taken? How do I get home?

More than a decade later, Taj meets Priya, a girl from southern India with surprising ties to his past. Is she the key to unveil the secrets of his childhood or is it too late? And if he does make it back to India, how will he find his family with so few clues?

From the best-selling author of The Rent Collector, this is a deeply moving and gripping journey of discovering one’s self and the unbreakable family bonds that connect us forever.

When I was asked to read this book, I read the description and then answered with a hearty yes! I don’t know how they got my name but I am incredibly glad they did. This book spoke to me. I know firsthand the trials and tribulations that families experience with adoption. My family adopted 4 children. My parents didn’t adopt from India but from Romania and Russia. They also weren’t kidnapped from their families, they were either sent to the orphanage because their family couldn’t care for them or their parents had passed away, but they did carry a lot of the same baggage.

First off, the story is based on a true story. That makes it even more impressive. The story begins as Taj is inviting two reporters into his home to hear his story. He is nervous. This is the first time anyone is going to hear it other than his wife and family. He slowly relaxes and begins the telling. We immediately jump back in time. Chellamuthu is getting in trouble with his mother. He is hanging with the wrong people. He is stealing money from the cash box at the park while the other kids distract the guards. He is stealing fruit from the local fruit vendor. He knows that his mother taught him and raised him to be a better person but the draw is just too strong for him. His father is a drunk coming home most nights tipsy and garbled in his speech. One day, while out with his father, Chellamuthu gets kidnapped by some of the boys he knows while waiting for his father to come out of a building. He is thrown in the back of a waiting van and driven 3 hrs away and sold to The Lincoln Home for Children. He tries to tell them that he is not an orphan but they say that his family sold him so that he could have a better life. He is eventually adopted by the Rowland family in America. He knows zero English. His new family helps him pick out the new name Taj so that he would no longer be teased at school by his peers.

This book was amazing. I loved every minute of it. I cried at the end like a little baby. (I don’t want to tell you what happens and spoil the ending.) I am sure that was the author’s intention when he wrote the book. The twists and turns make for a complex and wonderful story. The amount of courage that it took Taj to muster up to tell his story to the world is remarkable. He risked being judged and for people that he knew to look at him in a different way. But he did it anyway. He wanted to the world to know his story.

Stay-at-home mom to two children and one toddler. I love to read, travel (haven't done it in a while), and cook. Born and raised in Three Rivers, Michigan and currently, reside in Northern Michigan. Can't wait to start sharing my book thoughts/ reviews with you!!
Previous Book Review: The Wonders by Paddy O’Reilly
Next BOOK REVIEW: Last Seen Leaving by Caleb Roehrig