BOOK REVIEW: The Royal We by Heather Cocks and Jessica Morgan

American Rebecca Porter was never one for fairy-tales. Her twin sister Lacey was always the romantic, the one who daydreamed of being a princess. But it’s adventure-seeking Bex who goes to Oxford and meets dreamy Nick across the hall – and thus Bex who accidentally finds herself in love with the eventual heir to the British throne. Nick is everything she could have imagined, but Prince Nicholas has unimaginable baggage: grasping friends, a thorny family, hysterical tabloids tracking his every move, and a public that expected its future king to marry a native. On the eve of the most talked-about wedding of the century, Bex reflects on what she’s sacrificed for love — and exactly whose heart she may yet have to break.

I had never ever heard of this book before it got voted for our November book club book.  However, when I downloaded it and went to add it to my Kindle it was already there so apparently at some point I must have seen it and said: “hey that is something I would like”.  Anyway, I was looking forward to reading it.

Rebecca heads to Oxford to study art.  While there she meets Nick the Prince of Wales.  The author wrote this book well.  Nick and Rebecca started off as friends at the beginning.  They eventually became best friends and the whole romantic thing sort of snuck up on them.  For Rebecca, she wasn’t even looking for a relationship with him.  She was even seeing one of his good friends at the time.  The story wasn’t a boy meets girl and falls head over heels in love, its a boy meets girl and they slowly over multiple chapters fall in love with each other.  I loved that about this book.  It wasn’t a wham bam thank you man romance.

The royal portion of the book seemed very well researched.  From the royal jewels to the paparazzi and feeding them information. I don’t say that I am an expert in royal information and how they live their daily lives but the way that it was written made it seem real.  The way she wrote their relationship felt real.  I felt the highs and lows of their time together.  I was upset when they broke up and elated when they got back together.  I gasped in shocked when things happened at the end of the book and I cheered when the book ended the way it did.  I will be keeping an eye out for more stuff by this author.  What I am really gunning for is a sequel to this book, because I need to know how the ending of the book actually ended.  I wanted to find out what happened when the shit hit the fan.

Pick up your copy of The Royal We by Heather Cocks and Jessica Morgan on Amazon, Barnes and Noble, and your local bookstore. Also make sure to add it to your To Reads list on Goodreads and leave feedback for the author when you are finished. You can also check out more novels from Heather Cocks and Jessica Morgan on their website HERE or on Amazon HERE, including the second book in The Royal We series, The Heir Affair.

Stay-at-home mom to two children and one toddler. I love to read, travel (haven't done it in a while), and cook. Born and raised in Three Rivers, Michigan and currently, reside in Northern Michigan. Can't wait to start sharing my book thoughts/ reviews with you!!
Previous BOOK REVIEW: The Last Affair by Margot Hunt
Next BOOK REVIEW: The Bear and the Nightingale by Katherine Arden 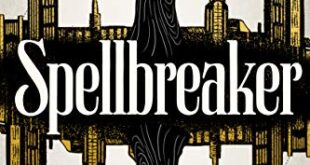