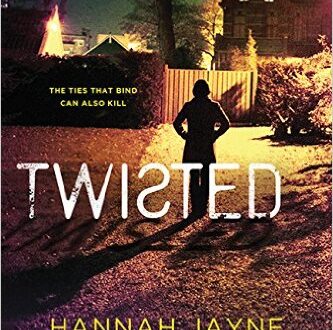 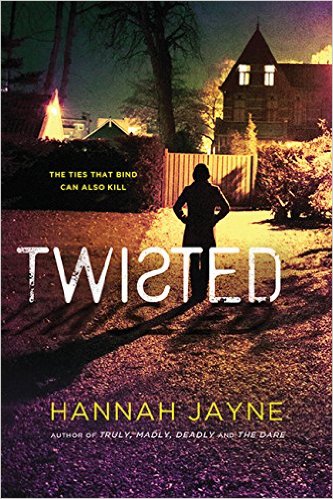 When her father is accused of being a serial killer, Bex becomes the ultimate bait in this game of cat and mouse

Bex is ready to start a new life in foster care. There, she won’t be known as a serial killer’s daughter. Though her father was never tried for the murders attributed to “The Wife Collector,” he disappeared after questioning. And Bex struggles with the guilt that she provided the circumstantial evidence that convicted him in the public’s perception—and drove him to abandon her.

But when a body turns up in her new hometown, all signs point to the Wife Collector. Bex’s old life isn’t ready to let her go. The police want to use Bex to lure in her father. But is she baiting a serial killer or endangering an innocent man?

I love books that instantly grab you from the beginning, and “Twisted” by Hannah Jayne did that. The first chapter caught me with a flashback to the life of Bex Andrews… or Beth Ann. This story follows the incredibly difficult story of Bex Andrews. Bex Andrews is new. Beth Ann is the old life. A life with a father who use to love and care but is now on the run and allegedly killed a ton of girls to become ‘The Wife Collector’.

The questions you are asking yourself throughout this entire book are these: Did her dad do what he is accused of doing? Is everyone around her telling the truth or are their secrets lurking around the corners. Or maybe is Bex having a psychotic break from all the stress? So many questions and yet the book flowed smoothly and kept me so interested I barely made time to do other stuff. Bex was such a stressed out character that she stressed me out with her. That makes a great writer to me. One that can make you feel what the characters feels. I was stressed, tired, and amped when she was. I felt there were times that she should have said something about things going on and didn’t. I felt that if that type of thing was happening around my household, as a parent I would have said something. But I think it made it more stressful at times as well so in the end it didn’t really bother me. So while there were tiny little things that bothered me, this was a great book that kept me picking it up.

With a lot of books out that are the same thing over and over, I’m glad I came across this one. “Twisted” was a fresh breath of rancid, murderous air in the thriller/suspense genre. Definitely not a story I had read before. I love when I find something new. Great job by Hannah Jayne. I am looking forward to reading her other work. Four out of five stars.

You can get your own copy of Twisted on Amazon and Barnes and Noble. Also add the book to your To Reads list on Goodreads and leave feedback when you are done reading. You can see more of the books available from author Hannah Jayne on her website here!

Super Mom and Awesomely Nerdy Lady who can’t stand to sit still. Delving into the online world I ran a successful online radio channel and blog that brought fans up close and personal with their favourite music, television and movie stars. Now, with my hilariously nerdy partners in crime, we are hiding our nerdyness no more! Twitter: @Kristin_Downer
Previous BOOK REVIEW: “Mo, Me and America: The Vanishing Rural Community” by Randy Turk
Next BOOK REVIEW: “A Matter of Heart” by Amy Fellner Dominy

BOOK REVIEW: The Last Bookshop in London by Madeline Martin

BOOK REVIEW: In Times of Rain and War by Camron Wright