Ken Wyniemko endured something that most people can’t even fathom. He was wrongfully accused and then wrongfully convicted of a crime he most definitely did not commit. After spending many years behind bars, he finally got someone to listen to his story and battled his way to freedom. We got the chance to talk with Ken about his experience and the decision to tell his story. Check out what he had to say about some of the worst years anyone could imagine. 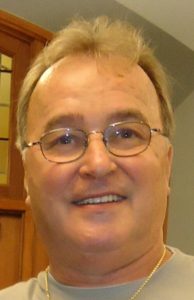 KRISTIN: Can we start out by first telling us what made you decide to write your story?

KENNY: There are a couple of reasons why I decided to write the book. First, it is the shocking and TRUE story of my wrongful conviction and very clearly describes the unlawful misconduct that was committed by police detectives, prosecutor, the court appointed attorney and the trial judge. Second, it highlights the leading causes of wrongful convictions and the systemic problems in our criminal justice system. It is a story that must be told.

KRISTIN: Who did you work with to bring your book to fruition?

KENNY: I chose to work with my dear friend Bob Henige. Bob and I have been good friends since we met in our freshman year in high school in 1968. Nearly 50 years ago.

KRISTIN: Deliberate Injustice is the real-life account of your ordeal with being wrongfully convicted of a very serious crime that you did not commit. I cannot imagine what it was like to go through this. If you had to summarize your feelings about it now that it’s in the past, how would you describe your feelings?

KENNY: No one can imagine what it was like unless they went through what I and my fellow exonerees went through themselves. That is something I would not wish for anyone.

KRISTIN: Your story is horrendous. The things you had to go through just to find someone to listen and help you are beyond what most would be able to endure. Yet, things like this still happen. How does that make you feel?

KENNY: It makes me feel that everyone that is involved with various Innocence Projects around the country, including myself, still have a lot of work to do and to fight a little harder to secure the much needed reforms to our criminal justice system.

KRISTIN: While you were fighting for your freedom, did you have people react to you differently because they thought you were a convicted sex offender? How different do people look at you when a charge like that is placed on your name?

KENNY: In prison, a convicted sex offender is at the bottom of the totem pole, and the lowest piece of scum on earth. There are many inmates just waiting for a chance to “teach you a lesson,” or worse.

KRISTIN: The book is out. What have been the reactions of readers that you have been hearing?

KENNY: I am pleased to say that all of the comments and reactions have been positive. Most of the readers had no idea just how unjust the justice system is.

KRISTIN: I love how this story is told because it’s raw. There is no fluff. There is no beating around the bush. You told this story as if the reader was living it with you. I got mad during so many parts that I wanted to throw the book. When you were talking about telling this story, how important was it to you to make sure it was just as straight forward with all the dirty details as the real-life experience?

KENNY: It was very important to me and I insisted that my story be told in that fashion. I made it clear to Bob that everything written in the book must be factual and proven so by court records. That is what I wanted and that is just the way Bob wrote it. I am very thankful for that. Additionally, I also wanted the book to be written in a plain and simple manner, so it would easy to understand. I did not want a lot of legalese, so that a person would not have to have a law degree to understand the facts.

KRISTIN: Having dealt with all this for so long, do you have any long lasting effects from the entire ordeal? PTSD, etc?

KENNY: I am a person with a very strong will. But I must admit that, yes, at times, I do have some problems dealing with the past. Consider this as an example of what I mean. When I learn the time and place that an innocent person is going to be released, I try to be there when that person actually walks out of prison and into a new life of freedom. I give them a big hug and say “welcome home.” It’s such a great feeling! But it also reminds me of the day that I was exonerated and released. At times, I get a lot of flashbacks of my release and exoneration, and the many struggles that I had to go through just to feel normal. So, I have a pretty good idea of what that person will soon be facing.

KRISTIN: Aside from telling this story, how are you continuing to work to ensure that this doesn’t happen to others or that you help others that this has happened to?

KENNY: When I finally walked out of prison on June 17, 2003, I made a promise that I would keep fighting for truth and justice, and to be the voice for those who still remain in prison and can’t speak for themselves. There are several ways that I have been able to do that. During the past few years, I have been blessed by being invited to speak to college students all around the country. The students are a mixture of new law school students, some who are seeking Criminal Law degrees so that they can become police officers, and others who are studying journalism, because they would like to become reporters or seek other positions in the media or radio/TV broadcasting. I really think that is the “perfect blend” of young people in today’s world, because it is imperative that our future leaders are truly aware of what they will be facing in their respective careers, and these types jobs will put them into position that can be helpful in making the public aware of what needs to be done, and expose any type of misconduct along the way. I will state very, very clearly, that I will never break that promise.

KRISTIN: How can people help? What organizations could they donate time or money to that will help wrongfully convicted individuals get help?

KENNY: I think that someone has already taken the first step just by understanding how many wrongful convictions that have taken place and exposed, and realize that these are true stories, not fiction. The number of exonerations are becoming more and more frequent. It is a proven fact that within the past year or so, an innocent person who has served many years, or decades in prison for crimes that they did not commit, is being freed every other day in this country! THAT IS A FACT!! And those numbers will continue to grow higher. If that information doesn’t upset or piss someone off, I don’t know what will.

There are several organizations around the country and here in Michigan, as well, that a person can contact and offer their support. Here are just a few of them.

The Innocence Clinic at the University of Michigan can be found at the following: https://www.law.umich.edu/clinical/innocenceclinic/Pages/default.aspx

www.innocencenetwork.org is an umbrella group that includes the various organizations that are involved in correcting wrongful convictions and fight for the great need to bring about criminal justice reforms. I am proud to be an associate and affiliated with all of those organizations.

KRISTIN: Are you active online? Where can we keep up with you?

KENNY: Yes, I am active online and I also stay busy with many personal appearances, speaking to law students at various colleges, as well as churches or testifying before legislators. I can be reached on line at kenwyniemko@yahoo.com.

KENNY: Currently, the book can be purchased at www.deliberateinjusticethebook.com. The book will be available in book stores this spring.

You can pick up your copy of Deliberate Injustice from Kenny’s website above or you can pick it up this spring in a bookstore near you! Also make sure to check out some of the organizations above to help make a difference for someone going through the same situation.

Super Mom and Awesomely Nerdy Lady who can’t stand to sit still. I ran a successful online radio show that brought fans up close and personal with their favorite music, television and movie stars. Now, with my hilariously nerdy partners in crime, I have turned to my first love, BOOKS! A lover of books from a young age, I now always have a book on me no matter where I go. Books are my therapy. Twitter: @Kristin_Downer
Previous BOOK RESULTS: The Last To Let Go by Amber Smith
Next BOOK REVIEW: You Will Be Mine by Natasha Preston