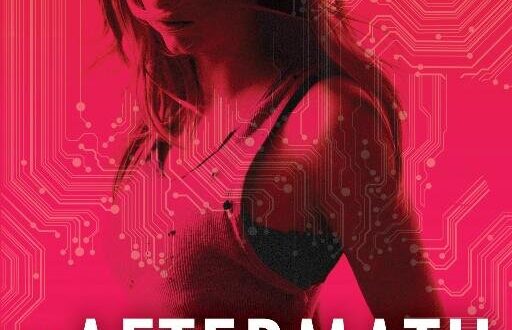 When I first started reading this book I was really excited. The description looked good, the cover artwork was intriguing, and it just seemed like it was going to be great. As I started in and started moving through the first few chapters, I found myself incredibly confused. I don’t like being confused while reading a book and I was beginning to get frustrated with it until something occurred to me.

Jen Alexander, the author of ‘The Aftermath’, had successfully accomplished what I firmly believe was her goal. She made the reader, in this case myself, fall into the same emotions the character was feeling. 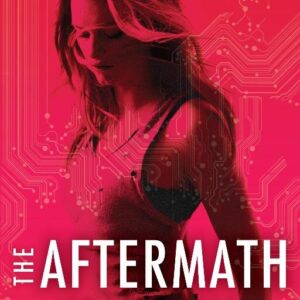 ‘The Aftermath’ centers on the story of a young girl named Claudia Virtue. She is living in a post war destroyed world where some are simply trying to survive by searching for food and water, and others are surviving by eating others; cannibals if you will. With danger lurking behind every corner, you have to wonder if anyone is going to survive. All seems normal until a knock to the head finds Claudia skipping between her reality of survival and a world she is unfamiliar with. She finds herself hyper aware of her feelings and surroundings while it appears as those around her are more robotic and unfeeling. As the story progresses, Alexander draws you in to more mystery and confusion as the reader tries to piece together the information and come to a decision on what is actually going on.

So when I say I was feeling what the character was feeling, I believe Claudia was incredibly confused in those beginning stages. My hat is off to Jen Alexander because not only did she write an incredible book, but she managed to draw me into the story and have me feeling right alongside Claudia. I found myself angry when she was angry and embarrassed when she was. I’m not sure I would have reacted in any different means than she did throughout the story.

Claudia interacts with others, including a handsome guy named Declan, who seems to want to help her. I won’t give the ending away, but Alexander definitely throws curve balls the entire way through. Just when I thought I had figured it out, I was proven very wrong. And the ending leaves you slightly hanging, but not in a horrible way. I am hoping for a sequel in the near future, because I NEED to know what happens next.

Alexander definitely did her job. ‘The Aftermath’ is suspenseful, intriguing, relateable, and even funny at times. She manages to hit all points of reaction without being overwhelming or unorganized. A fantastic post-apocalyptic take on the world in a way no one else has done it. Definitely a 4 out of 5 stars, two thumbs up, and a definitely must read for anyone who likes post-apocalyptic, suspensful stories… Oh and video games! With a powerful heroin character and a video game twist, this book is great for boys and girls alike. Great job Jen Alexander.

Make sure to pick the book up August 26th! Follow Jen Alexander on Twitter and also follow Harlequin Teen, the publisher of ‘The Aftermath’ for more great reads!

Super Mom and Awesomely Nerdy Lady who can’t stand to sit still. Delving into the online world I ran a successful online radio channel and blog that brought fans up close and personal with their favourite music, television and movie stars. Now, with my hilariously nerdy partners in crime, we are hiding our nerdyness no more! Twitter: @Kristin_Downer
Previous BOOK REVIEW: ‘Family Meals’ by Chef Michael Smith
Next BOOK REVIEW: “Rooms” by Lauren Oliver