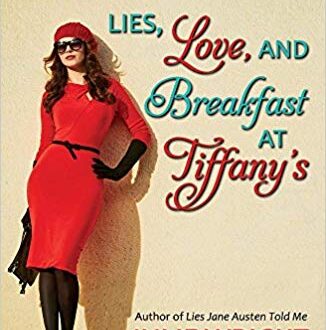 The Lie
Women in Hollywood are just pretty faces. But Silvia Bradshaw knows that’s a lie, and she’s ready to be treated as an equal and prove her worth as one of Hollywood’s newest film editors.

The Love
She and Ben Mason had worked together as editors before Silvia got her big break, so he’s the perfect person to ask for feedback on her first major film. But even as their friendship begins to blossom into something more, a lawsuit surfaces, jeopardizing both Ben and Silvia’s jobs—as well as their fledgling romance. Audrey Hepburn once said: “The most important thing is to enjoy your life—to be happy—it’s all that matters.” Silvia agrees. Or she used to. It’s one thing to risk her job and her heart, but can she really risk Ben’s, too? Does she have the right to make decisions for her own happiness when they affect so many other people?

The Breakfast
With everything to lose, Silvia meets Ben for breakfast at his favorite diner, Tiffany’s, for one last conversation before the credits roll on true love.

If I am honest, I only took this book because it was free.  We all love free things right?  It wasn’t until my friend pointed out that it was by the same author who wrote Lies Jane Austin Told Me, a book I recently read, reviewed and loved, that I became even more excited to read it.

Silvia has always loved Audrey Hepburn.  So much so that when she lost her eye to cancer at the age of 5 she named her glass eye Audrey. Her love of Audrey is what drew her into the film industry.  She worked and worked until she became a film editor at a well-known studio.  The only problem is that her boss, Dean, is a drunken, lazy producer.  She does all the work and gets none of the glory.  Its beginning to wear on her.  They are down to the wire with an editing job.  Of course, her boss is gone out to a party and didn’t approve and help her finish the work.  She takes Dean’s assistant and heads off to the party to retrieve him and get him to help finish the editing.  While they’re looking for Dean she runs into an old friend, Ben, whom she used to work with at a different production company.  Ben is her “what-if”.   Ben ends up offering to help Silvia take Dean back to the office and sober him up.  They get Dean back to the office but he passes out before they can get him sober.  Silvia asks Ben to take a look at the film she is working on and let her know what he thinks.  He loves the film but helps her tweak a few small parts of it.  With his help, she manages to get the film done on time and without her boss’s.  Her boss of course still gets all the credit for it.  Will Silvia finally tell Ben how she feels about him?  Will Silvia’s boss give her the recognition she deserves or will he throw her under the bus?

I loved this book.  It flowed nicely and kept me turning the page wanting to find out what happened next.  It was filled with “girl power”.  In this day and age, with all that is going on in the world,  it was awesome to see.  I loved the fact that this book has an Audrey Hepburn under-tone just like the author’s last book had the Jane Austin under-tone.  It took me a second to figure out that Silva’s best friend in this book was the main character in the Lies Jane Austin Told Me!  I was absolutely thrilled about that!  We got a slight peek into what has happened since that book ended.  I liked the fact that Silvia wasn’t a perfect character.  She was a work-a-holic and had survived cancer leading to her missing an eye.  She wasn’t “miss everything is perfect and my life is perfect” that some books have as their main character.  She had flaws and I could relate to that.  I absolutely can’t wait to see what the author writes next.

Lies, Love, and Breakfast at Tiffany’s by Julie Wright is available on November 6, 2018 on Amazon, Barnes and Noble, and may be found at your local bookstores. Make sure to check out more from author Julie Wright on Amazon.
Share

Stay-at-home mom to two children and one toddler. I love to read, travel (haven't done it in a while), and cook. Born and raised in Three Rivers, Michigan and currently, reside in Northern Michigan. Can't wait to start sharing my book thoughts/ reviews with you!!
Previous BOOK REVIEW: Reflection by Elizabeth Lim
Next BOOK REVIEW: Hamilton and Peggy!: A Revolutionary Friendship by L.M. Elliott 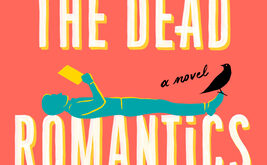 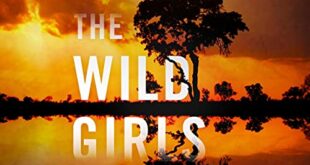 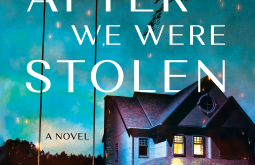 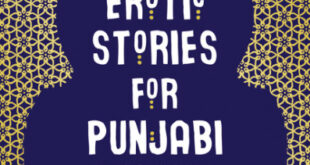