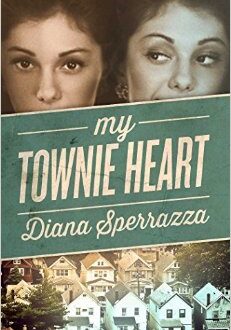 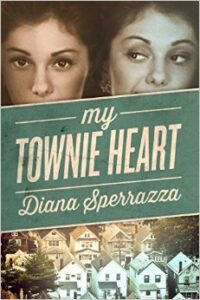 SYNOPSIS: (From Goodreads)
Laura DiStefano has flunked out of the University of Massachusetts just as the counterculture reaches its peak in the 1970s, and is living back home with her parents and her sister. She can’t deny the embarrassment that she has failed and the fact that she’s now trapped in the blue-collar town she so hoped to escape.

But Laura soon finds that her sister, a fierce survivor of a childhood attack who has rather foolishly gotten pregnant, needs her help, and she unexpectedly finds love with a local guy. Even though the school offers to reinstate her scholarship, leaving home again suddenly gets harder. She’s torn between dreams of a new countercultural life and the undertow of a dysfunctional family. As the conflicts in her life threaten to drag her under, Laura grows agoraphobic. How can she reconcile her divided loyalties and find her genuine life?

REVIEW:
Some books draw you in and carry you through every twist and turn. Some books drop you off at the end of first chapter and leave you there. This one was the second kind. No matter how hard I tried, I could not get into this book. That is rare for me. I am a fairly avid reader who can read most any genre but this book just did not hold my attention. While I don’t mind bad things happening to a main character, it felt like anything that could go wrong did. It was a bit overwhelming. It made it hard to believe or to relate.

The story opens with the main character, Laura, being picked up by her disappointed mother after failing out of college and moving back home. The story follows her adjustment to living at home with her pregnant younger sister, her alcoholic father and her work-a-holic mother. She finds a job as a waitress in a cafe and starts dating a guy named Kevin. While dating Kevin, she reveals some of her baggage. We learn about her sisters rape by the son of one of the town’s more prominent families and Laura’s fear that she will never leave her hometown. The story tracks the events of Laura’s life. Her sister has the baby and is a fairly good mother for the first 6 months before turning back to drugs and alcohol. Laura goes to a party with her old college roommate and sleeps with a drug dealer to mask the pain of seeing an ex-boyfriend with his new girlfriend. Her sister stabs and severely wounds her rapist in front of Laura and the baby at the cafe where Laura works. This sends Laura in a downward spiral that she cannot get out. She becomes her niece’s babysitter, quits her job at the cafe and never leaves the house. She eventually has a run in with her sister about her neuroses and tells her sister it is her fault. Her sister stabbing the guy caused her to become a recluse. She grabs money and some clothes and takes the first bus out of town to start a new life.

While the writing wasn’t bad the story itself left a lot to be desired. If the author had made the book longer than 138 pages it might have helped. She could have expanded each of the character’s back story instead of the short description that she reserved for only a few characters. She could have given the main character more of a developed ending. Instead it felt incomplete.

You can pick up a copy of My Townie Heart from Amazon and Barnes and Noble. Make sure to add it to your To Reads list on Goodreads. You can also check out more about this book at mytownieheart.com

Stay-at-home mom to two children and one toddler. I love to read, travel (haven't done it in a while), and cook. Born and raised in Three Rivers, Michigan and currently, reside in Northern Michigan. Can't wait to start sharing my book thoughts/ reviews with you!!
Previous Gwenda Bond and Switchpress Announces Second Book in DC Comic’s Lois Lane Series
Next BOOK REVIEW: “Tiny Pretty Things” by Sona Charaipotra & Dhonielle Clayton