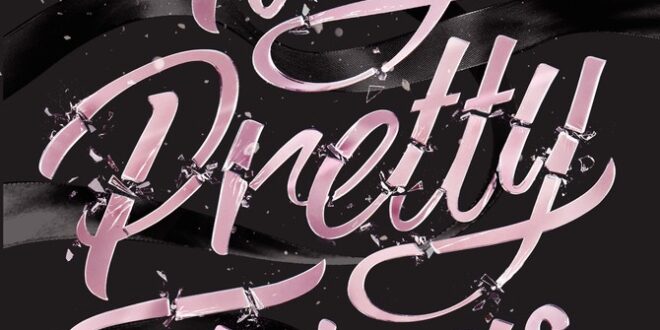 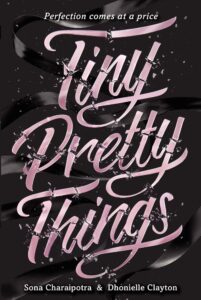 SYNOPSIS: (From Goodreads)
Black Swan meets Pretty Little Liars in this soapy, drama-packed novel featuring diverse characters who will do anything to be the prima at their elite ballet school.

Gigi, Bette, and June, three top students at an exclusive Manhattan ballet school, have seen their fair share of drama. Free-spirited new girl Gigi just wants to dance—but the very act might kill her. Privileged New Yorker Bette’s desire to escape the shadow of her ballet star sister brings out a dangerous edge in her. And perfectionist June needs to land a lead role this year or her controlling mother will put an end to her dancing dreams forever. When every dancer is both friend and foe, the girls will sacrifice, manipulate, and backstab to be the best of the best.

Review:
I first saw ‘Tiny Pretty Things’ on my Amazon homepage when I logged in. Knowing nothing about it the cover is what caught my attention. Reading the description hooked me, though. I love stories about dance and drama. There is just a higher level of intensity when it comes to ballerinas fighting for roles. What I expected and what I got from this book were vastly different, and I don’t mean that in a bad way. Sona Charapotra and Dhonielle Clayton wrote us a twisted, nefarious version of Center Stage (the movie). The description from Goodreads is perfect. Black Sawn meets Pretty Little Liars.

This story follows Gigi, Bette, and June as they fight for top rolls in a super elite Manhattan ballet school. Forget the rules or morals… these girls are out for blood. Well… not all of them. Some are just as sweet as they come, not realizing other dancers are slowly sneaking up behind them, knife in hand (metaphorically speaking). There comes a point near the end when you can’t for sure figure out who is doing the bad stuff or if it is a perfect combination of multiple girls. Either way you look at it, these girls are the epitome of evil and jealousy at times. They go far out of their way to ruin each others lives. The pure evilness some of their actions exude is kind of terrifying for a bunch of teenage girls. Charapotra and Clayton showed us the length some will go to for a few moments of fame.

The ending of the book was probably my favorite. Everything came to a boiling point and spewed over at the same time. Injuries, lies, and cruelty peaked leaving only the most ruthless to survive. “Tiny Pretty Things” shows us that being the nice person definitely doesn’t always get you to the top. But the story also showed an ending proving that sometimes you get what you want, only to find it isn’t what you expected. A truly terrorizing tale of teenage drama, backstabbing, and lies. Hats off to Charapotra and Clayton for writing a tale that keeps you on the edge of your seat and gnawing away for more. Definitely worthy of a sequel. Rumor has it there is one too… so stay tuned. Five out of five stars!

You can pick up your copy of ‘Tiny Pretty Things’ on Amazon and Barnes and Noble or pick it up in a store near you! You can follow Sona Charaipotra on twitter @sona_c or on her website HERE! Also follow Dhonielle Clayton on twitter @brownbookworm and stay tuned from more from her!

Super Mom and Awesomely Nerdy Lady who can’t stand to sit still. I ran a successful online radio show that brought fans up close and personal with their favorite music, television and movie stars. Now, with my hilariously nerdy partners in crime, I have turned to my first love, BOOKS! A lover of books from a young age, I now always have a book on me no matter where I go. Books are my therapy. Twitter: @Kristin_Downer
Previous BOOK REVIEW: “My Townie Heart” by Diana Sperrazza
Next BOOK REVIEW: “Desolation Sound” by Fraser C. Heston & Heather J. McAdams