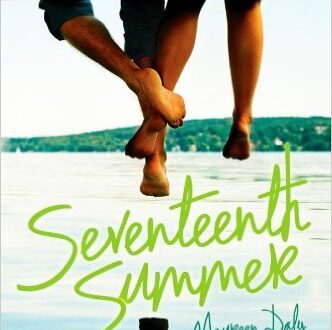 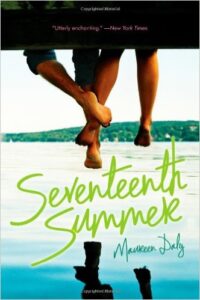 Until the summer before college, Angie Morrow didn’t really date. Her mother didn’t like her to go out much. But no one — not even Angie’s mother — can resist the charm of strikingly handsome Jack Duluth. His good looks grab Angies’s attention from the moment in June when Jack throws Angie a smile at McKight’s drugstore. And on their first date sailing under the stars — when Jack leans in and whispers to Angie, You look nice with the wind in your hair, the strange new feeling s begin. Tingles, prickles, warmth: the tell-tale signs of romance. It’s the beginning of an unforgettable summer for Angie, full of wonder, warmth, tears, challenge, and love.Maureen Daly had created a love story so honest that it has withstood the test of time, winning new fans for more than six decades. Today, this classic is enjoyed by many who think of it as the quintessential love story, and as a glimpse of love in the 1940’s; a refreshing alternative to modern love stories, reflecting the beauty and innocence of new love.

Six pages into Seventeenth Summer I had to check the copyright date, and to my surprise, it was dated 1942! Don’t let the date deter you from reading this book. It’s simplicity was refreshing, and it was a nice change of pace from today’s Young Adult fiction. For once, sex wasn’t involved and the vulgarity level was extremely low. It takes you back to simpler times.

Angie and Jack’s romance comes as a surprise to both of them. It starts slow and confusing but quickly grows in intensity–but it’s still confusing. The story fluctuates between their romance and Angie’s complicated family. Sometimes the story is hard to follow. One minute Jack and Angie are inseparable; then he disappears for several pages and you can almost forget that he exists. A good portion of the book is wrapped around Lorraine, Angie’s older sister, who is embroiled in a complicated romance of her own. The secondary characters like Swede and Fitz and Margie add spark to an otherwise lagging story. Angie and Jack never seem to quite click until the end.

Angie is a flat and often dreary character. She never speaks her mind and beats around the bush so much that you’re never quite sure what she means. She doesn’t seem to understand what Jack sees in her and frankly, I can’t, either. Jack, however, is full of complexity. You almost get the idea that Jack and Lorraine would be better matched. They’re a perfect ying and yang. There are some sweet moments in Seventeenth Summer, but you have to stick with the entire story because most of what’s worth knowing is at the end.

While it was definitely refreshing to read a YA book without all the sex and overwrought drama, this story could have used something more. I award it 3 out of 5 stars.

You can pick up your own copy of Seventeenth Summer by Maureen Daly on Amazon and Barnes and Noble. Also make sure to add it to your To Reads list on Goodreads and leave your feedback for the author when you are finished.