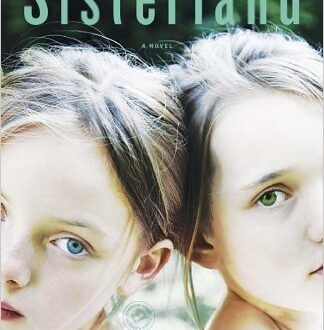 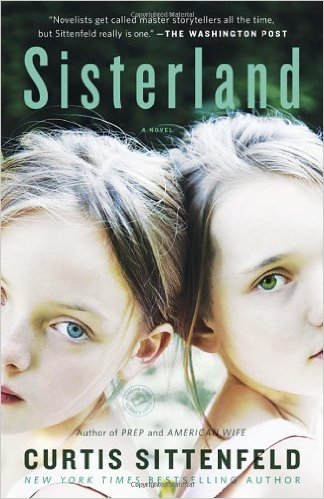 Curtis Sittenfeld, New York Times bestselling author of American Wife and Prep, returns with a mesmerizing novel of family and identity, loyalty and deception, and the delicate line between truth and belief.

From an early age, Kate and her identical twin sister, Violet, knew that they were unlike everyone else. Kate and Vi were born with peculiar “senses”—innate psychic abilities concerning future events and other people’s secrets. Though Vi embraced her visions, Kate did her best to hide them.

Now, years later, their different paths have led them both back to their hometown of St. Louis. Vi has pursued an eccentric career as a psychic medium, while Kate, a devoted wife and mother, has settled down in the suburbs to raise her two young children. But when a minor earthquake hits in the middle of the night, the normal life Kate has always wished for begins to shift. After Vi goes on television to share a premonition that another, more devastating earthquake will soon hit the St. Louis area, Kate is mortified. Equally troubling, however, is her fear that Vi may be right. As the date of the predicted earthquake quickly approaches, Kate is forced to reconcile her fraught relationship with her sister and to face truths about herself she’s long tried to deny.

Funny, haunting, and thought-provoking, Sisterland is a beautifully written novel of the obligation we have toward others, and the responsibility we take for ourselves. With her deep empathy, keen wisdom, and unerring talent for finding the extraordinary moments in our everyday lives, Curtis Sittenfeld is one of the most exceptional voices in literary fiction today.

I struggled with this story. While it was well-written, the protagonist, Daisy “Kate” Tucker, was annoying. Her anxiety bogged down every page. She worried that people would think she was weird because she had ESP–and that her twin sister Violet did, too. Where Violet had depth as a character, Kate felt one-dimensional. Every page was devoted to some anxious thought Kate had. She stressed over her marriage to the saintlike Jeremy (who was a saint for putting up with her). She stressed over every single thing her kids did–to the point I’m shocked she even let them sleep in their own beds. She stressed over her father–another deep character to offset Kate’s blandness. Every chapter devoted some length to Kate’s day to day activities (for the record, she nurses baby Owen every night at ten and then goes to bed. This scenario is repeated–every chapter). To make things even stranger, she spends capacious amounts of alone time with Hank–the husband of Jeremy’s colleague Courtney and father to three-year-old Amelia. From the start, you just know that they’re eventually going to sleep together. SPOILER ALERT: They do sleep together. It just suddenly hits Kate that she wants to sleep with Hank so she does. Then she spends several pages lamenting over it. No surprise she discovers she’s pregnant and no surprise, the baby isn’t Jeremy’s. After she confesses all to Jeremy, she spends the rest of the book in contrition as if she’s going to take her “punishment” like a good repentant girl (Her “punishment” consist of Jeremy taking a job on the other side of the country and moving the whole family).

Violet “Vi” Shramm was easily the most interesting character in the entire book. She makes a bold psychic prediction that inadvertently is broadcast to the entire nation. Vi becomes an instant overnight sensation. She lives by the seat of her pants. She doesn’t take crap from anyone but dishes it out in spades. I think the author meant for you to find Vi odd, but I loved every moment she was on scene. Had Sisterland been written from Vi’s point of view, I probably would have felt differently about this story.

I wanted to love this story but I just couldn’t get around Kate’s unending self-pity. It dragged down what otherwise would have been a fabulous tale. While well-written, it just didn’t do it for me. I give it 3 out of 5 stars.

You can pick up your copy of “Sisterland” by Curtis Sittenfeld now. It is available on Amazon and Barnes and Noble as well as your local bookstore. Also add it to your To Reads shelf on Goodreads and leave feedback for the author when you are done. You can also check out more from author Curtis Sittenfeld by checking out her website HERE.