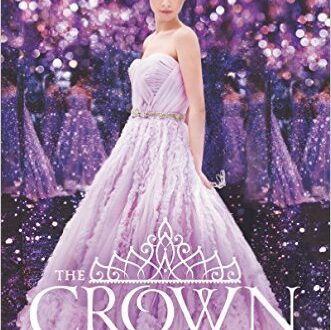 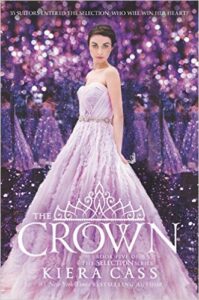 When Eadlyn became the first princess of Illéa to hold her own Selection, she didn’t think she would fall in love with any of her thirty-five suitors. She spent the first few weeks of the competition counting down the days until she could send them all home. But as events at the palace force Eadlyn even further into the spotlight, she realizes that she might not be content remaining alone.

Eadlyn still isn’t sure she’ll find the fairytale ending her parents did twenty years ago. But sometimes the heart has a way of surprising you…and soon Eadlyn must make a choice that feels more impossible—and more important—than she ever imagined.

If you’re reading this review, you are likely already a fan of The Selection series, so I won’t bother going into details of the story line. You probably already know it. So, here is my general take on Cass’s final venture with the royal Schreave family.

What I did like about this final installment was, like all of the others, it kept me wanting to read more. The short chapters coupled with the right amount of tension and suspense made it enjoyable to read. Additionally, Eadlyn became more and more likable as the book progressed, ridding the selfish princess mentality and taking on her revered royal role. The host of other characters around her like Neena, Lady Brice, Marid, Josie, and the Elite boys make Eadlyn’s story one you will want to read to see how it all finishes.

There were only two things I did not care for in this book. One thing I didn’t like was the unexpected romance that surfaces between two of the houseguests. It seemed a little unbelievable and forced by Cass. I feel like she could have brought those two storylines to rest in a different way. The second thing I didn’t like was how quickly the book ended. Eadlyn chose her fiancé and made a change in the country’s government all in the last chapter. I felt a little more closure would have been nice. Something that I felt like I waited the entire novel for (Eadlyn to choose a mate) was quickly glossed over. Unless Cass is going to surprise readers with another tale detailing the lives of Eadlyn and her new beau, then a few more chapters would have been nice. It’s almost like she didn’t know where to go with the story, so she just ended it.

Overall though, this was one of the best series I have read in years. The storyline is clean and interesting, and I would recommend it to anyone. I simply could never get enough of these books, and I will probably re-read them again someday. I will be keeping my eyes open for new work by Cass because she definitely knows how to write.

You are highly encouraged to pick up the final installment in The Selection series. ‘The Crown’ is available on Amazon, Barnes and Noble, and bookstores everywhere. Also add it to your To Reads list on Goodreads and leave your feedback for the author! If you haven’t read the entire series, please check out the first four books in this series before reading ‘The Crown’.

BIO: Born and raised in Michigan, Amy is a proud wife, mother, and Christian. She currently teaches 8th grade Language Arts, where she can show her nerdy tendencies in her love for punctuation, book discussions, descriptive words, and parallel structure. She also enjoys reading, shopping, spending time with her family, and eating really delicious food.
Previous BOOK REVIEW: “Blue Screen of Death” (Hashtag Magic #1) by J. Steven Young
Next BOOK TOUR/BOOK REVIEW: “The Girl from The Savoy” by Hazel Graynor