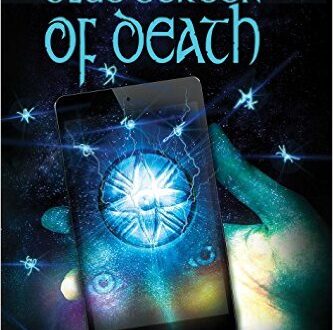 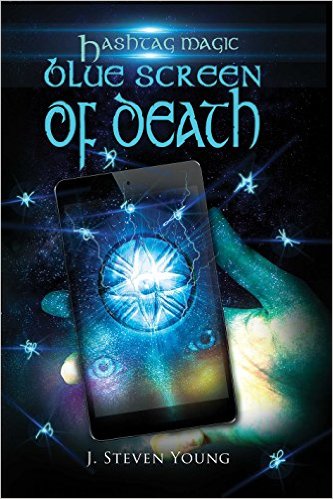 What if you could realize your inner magic with an APP?

Life for Colby Stevens has not been going his way. He’s just turned sixteen, summer has begun, and the bullies in school won’t leave him alone. His only solace at home is a quirky Nana who can’t cook, a resentful and distant older sister and an alcoholic mother who doesn’t even remember his birthday. His dad disappeared when Colby was six years old and the details from that night are a little fuzzy.

Things take a wild turn when Colby’s emotions get the better of him and his bully ends up on the receiving end of humiliation. And Colby never even laid a hand on him. He discovers he possesses an ancient magic his father had bound to keep him safe. When his magic reappears, it’s powerful, hard to control, but at least his strange childhood memories are beginning to make sense.

Colby and his friends end up in an all-day detention overseen by a visiting archeology professor who makes Colby the president of the school’s new club. Something strange occurs to the students, but Colby didn’t conjure it. Seems he’s not the only supernatural in school.

Now, Colby must learn to gain control of his abilities and he creates an app he hopes will help. His muse, an odd little blue man, is assigned to help Colby and to keep him safe. This proves difficult when Colby’s powers get the attention of the rest of the supernatural world. They have plans to take it all away, and will do anything to get it.

Caught in the middle of a war that began at the beginning of time, Colby and his friends must learn to fight back, and learn fast. Not everything is how it appears and the battle to survive won’t be an easy one, but Colby has no choice if he wants to withstand what’s coming.

Blue Screen of Death is a young adult urban fantasy and is the first installment in the Hashtag Magic series by author J. Steven Young. The second book, Control ALT Delete, is now available. Look for the upcoming third installment Web of Trolls.

When I got asked to read this book, I jumped at the chance. The brief description drew me in. I enjoy books that are kind of Harry Potter, Mortal Instruments sort of books. They are fast paced and keep me turning the pages wanting more. Once I got the book, I was initially disappointed. The cover was rather bland and had a picture of a hand holding a cell phone with a pair of blue eyes and runes on the cover. It was kind of off-putting and made me drag my feet to read it.

The first chapter I found extremely confusing. It just jumped in talking about Colby as a small boy making his toy train disappear. His father tells the blue cat (who really is a blue man) that he knows what to do and then he disappears from his families life forever. All of this because his son is magical. He had a child with a woman “with whom he was warned not to have children with your choice in a mate, especially a male child.” The next chapter Colby is waking up on the day of his 16th birthday. I was so lost and confused. I thought that the author should have done a prologue or something that segway’s into the whole book. Colby then blows the lights out in the hall at school with blue and red sparks. His eyes got super blue and he glowed according to his friend Gary. All because he got angry at someone that was picking on him. That is when things got even stranger. He gets called into the Principals office and receives Saturday detention. Fizzlewinkes, the blue cat, eventually starts to train Colby, Shelly (Colby’s sister), and Gary in the art of runes. Colby eventually makes a computer app on his tablet and phone that does magic. Type # and whatever you want. Like #Invisibility and then you will become invisible. The runes will appear on the phone screen then float out.

As much as I really, really wanted to like this book, I just wasn’t able to. It was an interesting concept but the story was not well developed. I don’t like giving poor reviews to books. I want to enjoy every book I read but I just couldn’t get into this one. I tried on multiple occasions to get into the swing of the book but failed. I finally had to force myself to read it. The only reason it is getting two stars is because the story was an interesting idea and I liked the main character. I don’t want you to not read this book because I didn’t like it. Get it, read it and make your own decision. Just because I didn’t like it doesn’t mean you won’t.

You can pick up a copy of the book and check it out for yourself at Amazon or Barnes and Noble. Add it to your To Reads list and leave feedback for your author on Goodreads. You can also check out book 2 “Control Alt Delete” in the Hashtag Magic series here on Amazon!

Stay-at-home mom to two children and one toddler. I love to read, travel (haven't done it in a while), and cook. Born and raised in Three Rivers, Michigan and currently, reside in Northern Michigan. Can't wait to start sharing my book thoughts/ reviews with you!!
Previous BOOK REVIEW: “The Du Lac Chronicles” by Mary Anne Yarde
Next BOOK REVIEW: “The Crown” by Kiera Cass