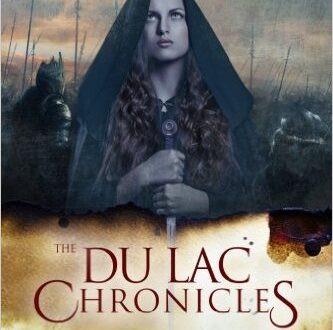 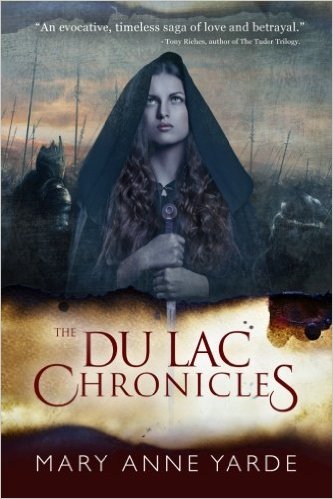 “It is dangerous to become attached to a du Lac. He will break your heart, and you will not recover.” So prophesies a wizened healer to Annis, daughter of King Cerdic of Wessex. If there is truth in the old crone’s words, they come far too late for Annis, who defies father, king, and country to save the man she loves.

Alden du Lac, once king of Cerniw, has nothing. Betrayed by Cerdic, Alden’s kingdom lies in rubble, his fort razed to the ground and his brother Merton missing, presumably dead. He has only one possession left worth saving: his heart. And to the horror of his few remaining allies, he gives that to the daughter of his enemy. They see Annis, at best, as a bargaining chip to avoid war with her powerful father. At worst, they see a Saxon whore with her claws in a broken, wounded king.

Alden has one hope: When you war with one du Lac, you war with them all. His brother Budic, King of Brittany, could offer the deposed young king sanctuary—but whether he will offer the same courtesy to Annis is far less certain.

The story begins with Alden Du Lac, one of the main characters, tied to a lashing post. He is praying for death. He has received a lashing for each one of the King’s men that were killed. It’s freezing. The snow is starting to come down. Suddenly he is being cut down from the pole. He collapses in a heap. His rescuer picks him up off the ground and struggles to get him to safety in a hidden passage. Alden suddenly realizes that his rescuer is a female, Annis, and the daughter of the man who ordered him to be beaten, The King’s daughter. She hides him in her bedroom but he falls deathly ill from the exposure to the freezing cold and from the beating that he has taken. Her mother finds out about him. She agrees to keep the secret for only a few days but after that Annis needs to get him out of the castle. Annis takes him through a moist, gross underground tunnel and they flee the kingdom with her father’s men hot on their trail. They eventually are taken in by people who supported Alden when his was the king of his own land before it was overthrown. Through the course of the book, they fall in love with each other and they “hand-fast” in order to protect Annis. The Du Lac name still carries power even if he is no longer a King. They eventually run away to France to ask Alden’s brother for sanctuary and for an army of men to help to battle to regain their kingdom and restore power to Alden.

I truly could go on and on about this book. I stayed up way too late and read this book from 7% to 35% on my kindle. It was that good! I keep thinking the whole book “Man this could be a TV series and I would totally watch it!” The story was captivating, easy to understand and had a good flow to it as well. Thank heaven that this is book one of three. I cannot wait for the next one to come out!! I will be first in line to get a copy of it.

Pick up your copy of “The Du Lac Chronicles: Book One” on Amazon and Barnes and Noble. You can also check out the author Mary Anne Yarde on her website here! Make sure to add the book to your To Reads list on Goodreads and also leave your feedback for the author when you finish leaving.

Stay-at-home mom to two children and one toddler. I love to read, travel (haven't done it in a while), and cook. Born and raised in Three Rivers, Michigan and currently, reside in Northern Michigan. Can't wait to start sharing my book thoughts/ reviews with you!!
Previous BOOK REVIEW: “The Assistants” by Camille Perri
Next BOOK REVIEW: “Blue Screen of Death” (Hashtag Magic #1) by J. Steven Young