BOOK REVIEW: The Have and To Hoax by Martha Waters

Five years ago, Lady Violet Grey and Lord James Audley met, fell in love, and got married. Four years ago, they had a fight to end all fights, and have barely spoken since.

Their once-passionate love match has been reduced to one of cold, detached politeness. But when Violet receives a letter that James has been thrown from his horse and rendered unconscious at their country estate, she races to be by his side—only to discover him alive and well at a tavern, and completely unaware of her concern. She’s outraged. He’s confused. And the distance between them has never been more apparent.

Wanting to teach her estranged husband a lesson, Violet decides to feign an illness of her own. James quickly sees through it, but he decides to play along in an ever-escalating game of manipulation, featuring actors masquerading as doctors, threats of Swiss sanitariums, faux mistresses—and a lot of flirtation between a husband and wife who might not hate each other as much as they thought. Will the two be able to overcome four years of hurt or will they continue to deny the spark between them?

A few weeks ago one of my Facebook friends put this book on her page that she had started to read it and that she was really liking it.  I  love regency things and when I saw that this was a regency romance.  I immediately added it to my Amazon wish list.  Fast forward to recently and it was picked as my book club book for the month of November.  Honestly, I am embarrassed to say that I didn’t even realize it was that book until I looked it up on Amazon and realized that it was the same book that I added to my wish list.

Violet and James have been married for 5 years.  The last 4 have been rough.  They had one good year with each other, loving each other, and getting along.  The last 4 not so much.  Especially after The Argument.  The argument that ripped their life to shreds. They have been living in silence and veiled or unveiled discontent.  When Violet receives a letter that her husband was in an accident all of that changes.  This book was absolutely adorable.  I loved every second of it.  It had me giggling the entire way.  I loved their relationship with each other.  You could tell that they still loved each other but neither wanted to admit it to each other until the very end when they both separately decided it was worth fighting for.

Watching Violet hatch this plot against her husband James was quite a theatrical performance.  The way she included her best friends and some of James’s friends was hilarious.  I loved the way the author wrote the characters.  They were well rounded and they had issues that real people could have.  They had trust issues with each other.  I think some people have that issue with their significant others or even with friends.  I really got a kick out of Violet’s friends they were all on board with going along with the plot.  That’s the kind of tribe that I want to have my back. People that will go along with whatever hair-brained idea I come up with.  I see the author has a second book coming out in April and the main characters are one of the best friends from this book.  I have already added it to my wish list.  I need to know what happened with Violet and James and see where her friend’s story will lead her!

Pick up your copy of To Have and to Hoax by Martha Waters on Amazon, Barnes and Noble and check your local bookstore. Also make sure to add it to your To Reads list on Goodreads and leave feedback for the author when you are finished. Check out more from author Martha Waters on her website HERE.

Stay-at-home mom to two children and one toddler. I love to read, travel (haven't done it in a while), and cook. Born and raised in Three Rivers, Michigan and currently, reside in Northern Michigan. Can't wait to start sharing my book thoughts/ reviews with you!!
Previous BOOK REVIEW: The Flatshare by Beth O’Leary
Next BOOK REVIEW: Outlander Kitchen: The Official Outlander Companion Cookbook by Theresa Carle-Sanders 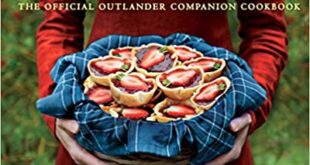 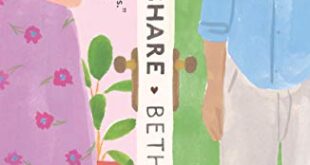