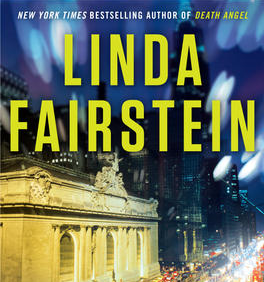 Having never read a Linda Fairstein book before I can officially say I am now a fan. Fairstein has an impeccable ability to draw you into more than just the “who dunnit” of the story. With first hand knowledge of sex crimes and the comings and goings of Manhattan crime, I found myself far more interested in the little details than I am for many other reads. The history you learn about the crime scene and surrounding areas is like getting a history lesson and a suspense thriller all at the same time.

Terminal City centers around Alex Cooper, mostly referred to as Coop, the Assistant DA who works alongside Detectives Mike Chapman and Mercer Wallace. The beginning of the book finds us at the Waldorf Astoria, one of the most iconic luxury hotels in New York, where a body of a young woman has been found, throat slit. Very quickly the story jumps to a second body found and then a third. What do they have in common? Grand Central Station and the proximity they continue to get along with railroad-like marks on their bodies. Cooper finds herself trying to avoid another previous perp while trying to figure out who is to blame for these murders and how they are all tied together. On top of all that, the President is coming to town and he’s riding in on a steel wagon straight into Grand Central Station in just a matter of days.

While the story starts out with murder, it is a slow build until you reach a grand peak of anxiety, action, and quick thinking. By the end I was having a hard time concentrating on anything other than what was on the next page.

Fairstein gives you that feeling that she has been there and done that, which she obviously has in her time working in this exact environment. Only someone with personal experience can write such an enthralling, educational, and incredibly sinister story with a catchy and relate-able lead heroine. Alex Cooper makes you want to be in the headlines that dominate our papers and internet, but glad to be on the outside looking in when you see all the trouble she encounters.

Terminal City is a definite must-read for anyone who enjoys suspense, action, intelligence, and just good writing. Linda Fairstein is definitely at the top of her genre!

Super Mom and Awesomely Nerdy Lady who can’t stand to sit still. Delving into the online world I ran a successful online radio channel and blog that brought fans up close and personal with their favourite music, television and movie stars. Now, with my hilariously nerdy partners in crime, we are hiding our nerdyness no more! Twitter: @Kristin_Downer
Next Book Review: “The One” by Kiera Cass