I know seven secrets:
One caused the fall. One did nothing. One saw it all.
One didn’t care. One used their head. One played the hero.
One was left for dead.

On her eighteenth birthday, Cleo receives a mysterious invitation to a scavenger hunt. She’s sure her best friend Hope or her brother Connor is behind it, but no one confesses. And as Cleo and Hope embark on the hunt, the seemingly random locations and clues begin to feel familiar.

In fact, all of the clues seem to be about Cleo’s dead boyfriend, Cyrus, who drowned on a group rafting trip exactly a year ago. A bracelet she bought him. A song he loved. A photo of the rafting group, taken just before Cyrus drowned. And then the phone calls start, Cyrus’s voice taunting Cleo with a cryptic question: You ready?

As the clock on the scavenger hunt ticks down, it becomes clear that someone knows what really happened to Cyrus. And that person will stop at nothing to make sure Cleo and her friends pay. Can they solve the hunt before someone else winds up dead?

This is my fourth Natalie D. Richards book and I feel like she is getting better and better each time. I quite enjoyed Five Total Strangers and was very excited when I saw Seven Dirty Secrets come across my screen. I could not wait to pick it up and I was not disappointed.

The story follows Cleo on her birthday weekend as her and her friends go on a twisted scavenger hunt being led by someone who is clearly not happy with them. This is also one year to the day that her and her 6 other friends went on a rafting trip and only 6 total returned.

I really like Cleo. She is a true crime fanatic and wants to study crime scene forensics. She’s weary of most people and untrusting as well. I’d totally hang out with her. I also quite like her best friend, but some of these other characters we meet are not my cup of tea. Not a big fan of Valeri and her brother or her own brother Connor. He seems too… something for me. But the general guide here is that I felt strongly about most of the characters, which means Richards did her job as a writer. I connected. The story was also fantastic. It flowed really well and I found myself literally biting my nails and flipping pages almost faster than I could read to see what would happen next. It is also important to note that I did guess who the bad guy was about 75% into the story, but I still felt anxious and worried at the end. Plus Richards made me second guess myself a few times.

Overall this story is phenomenal. It reads easy, keeps you hooked from the beginning, and is a literal page-turner. Could not put it down! Check out more from Natalie D. Richards along with this book, which is out now. You will not regret it. Richards is always keeping me at the edge of my seat.

Check out our reviews of her some of her other books:

We All Fall Down

Super Mom and Awesomely Nerdy Lady who can’t stand to sit still. I ran a successful online radio show that brought fans up close and personal with their favorite music, television and movie stars. Now, with my hilariously nerdy partners in crime, I have turned to my first love, BOOKS! A lover of books from a young age, I now always have a book on me no matter where I go. Books are my therapy. Twitter: @Kristin_Downer
Previous BOOK TO MOVIE: Clanlands by Sam Heughan and Graham McTavish
Next Never Saw Me Coming by Vera Kurian 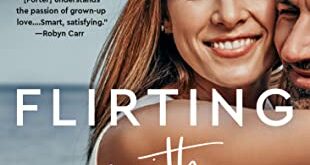 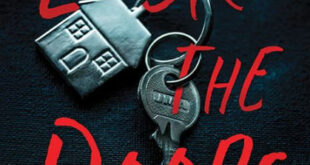 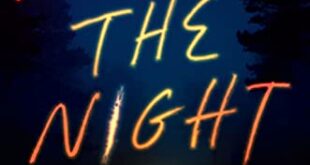 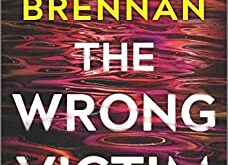