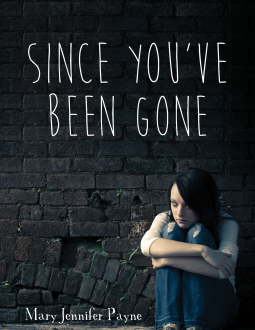 BOOK REVIEW: ‘Since You’ve Been Gone’ by Mary Jennifer Payne 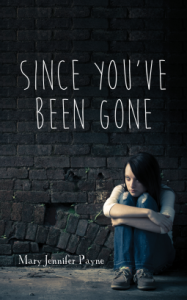 Is it possible to outrun your past? Fifteen-year-old Edie Fraser and her mother, Sydney, have been trying to do just that for five years. Now, things have gone from bad to worse. Not only has Edie had to move to another new school — she’s in a different country.

Sydney promises her that this is their chance at a fresh start, and Edie does her best to adjust to life in London, England, despite being targeted by the school bully. But when Sydney goes out to work the night shift and doesn’t come home, Edie is terrified that the past has finally caught up with them.

Alone in a strange country, Edie is afraid to call the police for fear that she’ll be sent back to her abusive father. Determined to find her mother, but with no idea where to start, she must now face the most difficult decision of her life.

REVIEW:
‘Since You’ve Been Gone’ surprised me. When I first began reading I was not thrilled with the book. I felt the first few chapters were quick and left me confused on what was happening and where the story was going. Payne definitely picked it up as the story progressed and delivered a good written performance of angst, terror, and the pains of growing up.

The story follows the life of Edie Fraser, a young girl from Canada who has spent a large part of her life, and all her teen years so far, on the run with her mother. Not because they are criminals, but to avoid a past filled with terror. When Edie and her mom, Sydney, find themselves in London everything is suppose to get better. But one day Sydney doesn’t come home from work. Edie has to spend days with the help of someone unlikely to locate her mom and face her past once and for all.

While ‘Since You’ve Been Gone’ was written in a fast paced way that usually discourages me, and did in the beginning, the storyline was great. Imagine being a teenage girl in a strange city with no friends and the only person you can trust disappears. My heart clenches at the thought of my child ever having to deal with that, which tells me Payne did her job. I found the closer I got to the end of the book, the more time I spent reading in hopes of finding the answers I so badly wanted. A riveting storyline that channels abuse and that fight or flight notion people get into a story of personal growth.

While the writing would get a 3 stars (not because there were grammatical errors, but because I’m not a fan of the style) the great story line and character development bumps this up to a 4 stars. Payne is talented, impressively good at drawing you into the story, and one I look forward to reading more of in the future.

‘Since You’ve Been Gone is currently estimated to hit stores on January 24, 2015, but you should definitely pre-order now. Amazon has the paperback available for pre-order for $11.69, but paperback is not scheduled until February 17th according to the site.

Add it to your To Read list on Goodreads HERE!

Super Mom and Awesomely Nerdy Lady who can’t stand to sit still. I ran a successful online radio show that brought fans up close and personal with their favorite music, television and movie stars. Now, with my hilariously nerdy partners in crime, I have turned to my first love, BOOKS! A lover of books from a young age, I now always have a book on me no matter where I go. Books are my therapy. Twitter: @Kristin_Downer
Previous BOOK REVIEW: ‘Cut Me Free’ by J.R. Johansson
Next BOOK REVIEW: The Best Bar Trivia Book Ever: All You Need for Pub Quiz Domination by Michael O’Neill