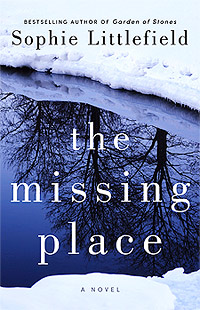 Set against the backdrop of North Dakota’s oil boom, two very different mothers form an uneasy alliance to find their missing sons in this heartrending and suspenseful novel from the Edgar Award–nominated author of Garden of Stones.

The booming North Dakota oil business is spawning “man camps,” shantytowns full of men hired to work on the rigs, in towns without enough housing to accommodate them. In such twilight spaces, it’s easy for a person to vanish. And when two young men in their first year on the job disappear without a trace, only their mothers believe there’s hope of finding them. Despite reassurances that the police are on the case, the two women think the oil company is covering up the disappearances—and maybe something more.

Colleen, used to her decorous life in a wealthy Massachusetts suburb, is determined to find her son. And hard-bitten Shay, from the wrong side of the California tracks, is the only person in town even willing to deal with her—because she’s on the same mission. Overtaxed by worry, exhaustion, and fear, these two unlikely partners question each other’s methods and motivations, but must work together against the town of strangers if they want any chance of finding their lost boys. But what they uncover could destroy them both…

Sure to please fans of Sandra Brown and Gillian Flynn, The Missing Place is a moving chronicle of survival, determination, and powerful bonds forged in the face of adversity.

Every mother’s worst nightmare is for your child to go missing. As a mother myself, I would go to the ends of the earth to find them if necessary. Even if it meant sleeping in cold, musty campers and upsetting locals I knew nothing about. All is fair in a situation such as that. Sophie Littlefield depicted the perfect response for a mother who has a son that has gone missing. ‘The Missing Place’ is riveting and has you nodding along saying “Absolutely… don’t hold back.” as you cheer the mothers on in this story.

‘The Missing Place’ follows Colleen and Shay, two mothers from different socioeconomic classes and backgrounds, as they come together to search for their missing sons in the roughneck world of the North Dakota oil boom. Littlefield drew that fear out of the readers. I found myself aching as I listened to them explain the loss of that child’s presence as they searched high and low. Shay and Colleen, while viewing this from different viewpoints and experiences, both had the same end view. Find the boys.

Now without giving anything away, this book has you both smiling and crying along with the characters. The dynamic between Shay and Colleen is perfect and in no way sugarcoated to appeal to the reader. I found myself annoyed by some of their conversations and interactions, only to figure out it was Littlefield’s intention. She found a way to draw us in to the story and get us involved. And best yet, there was some “after it’s all over” content too so it wasn’t just the outcome and done. You got to see what happen to people after the fact. A different, but much appreciated, way to end the story.

‘The Missing Place’ is the perfect reflection of how far a mother’s love will go and what you are able to survive, even when you feel like our world is ending. While I have never read a book by Sophie Littlefield before, this book definitely opened me up to more of her novels. If you are looking for a gripping tale of deceit, hidden secrets, and an ending you would never guess… ‘The Missing Place’ is for you. She kept me guessing until the very end! Four stars for drawing me in from moment one.

Make sure to pick up ‘The Missing Place’ at a store near you. You can also find the book or information about the book at the following online outlets:

Amazon – for Kindle or Paperback

Barnes and Noble – for Nook or Paperback

You can also learn a little more about Sophie Littlefiend and her other books at her main Website Here!

Super Mom and Awesomely Nerdy Lady who can’t stand to sit still. I ran a successful online radio show that brought fans up close and personal with their favorite music, television and movie stars. Now, with my hilariously nerdy partners in crime, I have turned to my first love, BOOKS! A lover of books from a young age, I now always have a book on me no matter where I go. Books are my therapy. Twitter: @Kristin_Downer
Previous Jane The Virgin Premiere Brings CW Best Monday Ratings In Years
Next #WhatToWatch: Madam Secretary