Every Sunday, I will walk you through some of the recently released music. Give you a heads up on the best new albums and the best new artists, so that you don’t have to wonder why music has lost its quality. The music world is a jungle and I am your tour guide to finding something that will make you feel and make you think.

1)  Basking in the Glow by Oso oso

Oso oso is an Emo Rock solo project masterminded by Jade Lilitri. I have been watching him for awhile, because I feel like he has one of those minds that only comes a few times in a generation. His nuanced approach to experimentation, witty lyrics, and mature social commentary allows for the listener to get into his brain and yet still feel like he is reading your own mind. This album in particular is my favorite of his, because he is able to bridge the obscure with the mainstream yet still keep every part of his sound that makes him unique. This is his third album and also his most mature.

Lilitri also partners with Mike Sapone a well known indie rock producer who helped craft many hit songs from acts such as Taking Back Sunday, Brand New, and many more. The sound is emotional, yet cerebral, which is why I always have a hard time classifying Oso Oso as Emo. He does not bask in anger, sadness, or live in any kind of irrational emotional range. Rather he feels emotions and tries to understand them through observation.

‘The View’ is one of the most lyrically strong songs I have heard in awhile. Filled with despair and hope at the same time. One of my favorite lines comes from this song when he sings, “Watch an optimist drink half-empty cups.” The juxtaposition between the optimist title and his perception of what they are doing makes me chuckle. ‘Dig’ has this melody that runs through it that makes you dance a little in your chair. This track explores the complexity of balance trying to figure out what is true or false and healthy or unhealthy.  ‘Impossible Game’ examines the complicated approaches we all take at handling life. This track is helped out by a wonderful composition and well-placed strategic swearing.

2) The Center Won’t Hold by Sleater-Kinney

This female punk indie band from Olympia, Washington made waves in the nineteen-nineties, but broke hearts when the group broke up in 2004. They came back together in 2015 and this is the second album from their come back-era.

Musically the band on this album uses creative sounds of today and combines it with the old-school attitude of the earlier punk bands. Sleater-Kinney has evolved, yet it does remind me of the eighties especially on the third track ‘Reach Out’. Lyrically the entire album reflects an authentic dialogue on identity, place, and trying to make sense of a confusing time. Sleater-Kinney has always been a cult favorite for the LGBTQ+ community and many of their tracks speak to that alienating feeling of being an outcast and being judged for being yourself. This album will also be the last album with their drummer Janet Weiss who announced she would be leaving the band last month.

‘Can I Go On’  has a strong melody that drives the song from start to finish. The lyrics visit the old-age feeling of wondering when the stress will end and contemplating your survival chances of being able to see it through . ‘RUINS’, yes in all caps, is experimental and beautifully strange. The whole song feels as if everything is falling apart, making you wonder if that is a good thing or a bad thing.  ‘The Future Here’ is a song about nostalgia and the disconnected feeling of the future. ‘Broken’ is a stripped down song, especially for this band, highlighting the vocals and emphasizing the emotion of sadness above all others.

3) Other Girls by Lillie Mae

Lillie Mae has been someone I have been watching for awhile and I think she found what she was missing, Jack White (The White Stripes). Jack White stepped up as a producer on Other Girls, her third album, which brought an explorative edge to her sound and made this album a fascinating listen as she merged her bluegrass roots with Jack White’s rock sensibilities.

This album is themed around the idea of being in love with a womanizing selfish man who never truly appreciates what he has. Every track adds a new layer to this narrative ranging from anger, hurt, and snide sarcasm at how much of a caricature this man truly is. Lillie Mae’s fiddle is still present throughout the album, but you can also hear guitar solos and experimentation to bring some new sounds into the album.

‘You’ve Got Other Girls for That’ is the opening track and her chosen single for this album. It opens up with a traditional Americana beginning with isolated guitars and vocals. Then as the song builds there is this heart stopping guitar riff that is often absent in this genre of music. ‘I Came for the Band (For Show)’ and ‘At Least Three in this Room’ are two incredibly sarcastic songs about the foolish parts of love. Whether it is creating a story to see an ex-lover or reaching that apathetic stage of knowing the person you are with is lusting after at least three women in the room you are standing in. ‘How?’ and ‘Love Dilly Love’ are both experimental tracks that play around with vocal arrangement and also lyric structure.

Snoh Aalegra is a Swedish singer-songwriter from Stockholm. Her music style lives in the world of R&B and soul. This is her second album under this stage name. Her debut album Feels came out in 2017. Though many people in the soul community know her name, Snoh has not really risen above niche fame.

Snoh Aalegra showcases the depth and silkiness of her voice throughout this love themed album. Her ability to be powerful and then transition fast-rhythm urban singing on the same track is seamless. The theme of this album is looking at the complications of love. The idea that bad timing or fear of intimacy getting in the way of good feelings and complicates something that should be sweet. The music is sexy, romantic, and has an element of an overwhelmed vulnerability. This album to me sounds like she is starting to find her style and her identity as an artist, but does run into some of the same issues many R&B singers face which is lack of contrast between tracks. Meaning the album sound likes one vibe, one sound, and a continuation of the same them without diverse variations. Despite that her voice is smooth which should be celebrated and there are a few tracks that will capture your mind.

‘Situationship’ is a track about a relationship that is not a relationship, but somehow whenever they are alone together they seem to hook up. I am now going to steal this term, because it is more than ‘friends with benefits’ yet not a truly defined relationship. ‘Love Like That’ is a classic appreciative love song of finding a love that makes you feel alive. The rhythm is clean, verses clever, and the mix between the disc jockey beats and the classic piano lifts the song to the next level. ‘Find Someone Like You’ well written song and the vocals pristine letting the listener experience the longing one feels when you crave a certain someone who gives you clarity.

Playlist of the Artists who Dropped Music on August 16, 2019

Previous BOOK REVIEW: Oceans Away by Skye McNeil
Next BOOK REVIEW: I’m Not Dying with You Tonight by Kimberly Jones and Gilly Segal 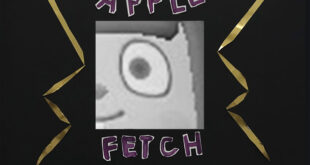 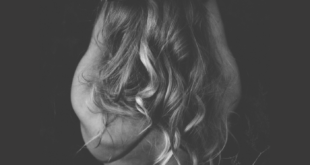 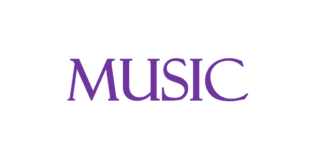 As we all know, life as we know it is a bit upside down at …