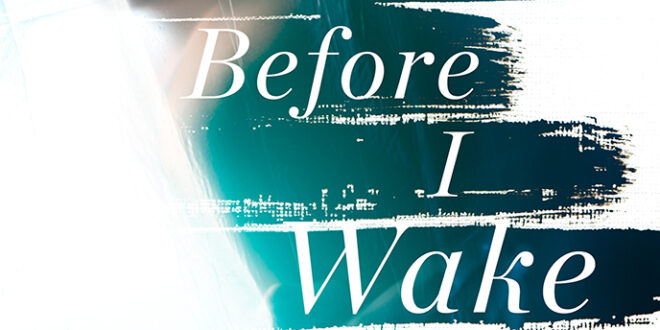 Book Review: “Before I Wake” by C.L. Taylor

‘Before I Wake’ is the story of a woman who has gone through many trials and tribulations and has made it through, only to be knocked down yet again. Let me set the scene for you. Sue is a 40-something mother of two. Her fifteen year old daughter Charlotte lies in the hospital in a coma after an apparent suicide attempt by bus. That’s right… she stepped in front of a bus. As Sue’s husband Brian likes to believe that it was just a horrific accident, Sue knows better. She has found her daughters diary that hints at a secret she is tired of keeping and has now tried to end the suffering. The question is… what secret and why is it so bad to warrant wanting death?

When reading this book you get flash backs that give you a glimpse into Sue’s past and why she is a bit strung out and a bit over emotional and paranoid. An early life mental breakdown a few years before has her family on edge when she starts acting erratically trying to figure out what happened to her daughter. Can you blame them? She is seeing things nobody else has witnessed, and has a history of paranoia and delusions. Even her stepson Oli is concerned about her. But Sue knows she isn’t crazy and goes on a man hunt to find out why her daughter did what she did in hopes to help her wake up from the coma. And to find out her past may have come back to haunt her and her family.

I don’t want to give too much away because it would spoil it for those who are reading this and haven’t had a chance to finish the book, but I will say this book was incredibly hard to put down. C.L. Taylor figured out a way to peak your interest within the first couple pages of the book and maintained that grasp until the very end. Throughout the book I felt bad for Sue and the flashbacks were somewhat physically sickening. These revelations from her past bring clarity to her present. I’d be paranoid too. But then I found myself siding with the husband and thinking maybe she really was crazy; even imagining it all. My emotions were all over the place while reading this book and that is definitely the signs of good writing!

Having never picked up a C.L. Taylor book before, this book has definitely made me a fan. I’ll be scouting for the next release. Taylor has a way to draw you in, put you in emotional overload, and keeps you guessing until the last few pages. Just when you think you have it figured out you are wrong. Taylor definitely has the suspense factor down! If I had more thumbs I’d give her more, but for now it is a definite two thumbs up to “Before I Wake”. Five out of Five stars!

Pick it up here at Amazon and start reading!

Super Mom and Awesomely Nerdy Lady who can’t stand to sit still. Delving into the online world I ran a successful online radio channel and blog that brought fans up close and personal with their favourite music, television and movie stars. Now, with my hilariously nerdy partners in crime, we are hiding our nerdyness no more! Twitter: @Kristin_Downer
Previous Book Review: “Phantom Instinct” by Meg Gardiner
Next Book Review: ‘Our Interrupted Fairy Tale’ by Megan Williams

BOOK REVIEW: When We Left Cuba by Chanel Cleeton

BOOK REVIEW: The Gentleman’s Guide to Vice and Virtue by Mackenzies Lee