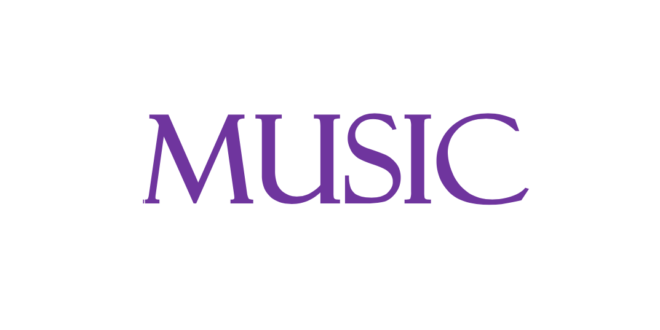 Rapsody is a hip-hop and lyricist from North Carolina. Eve is her third studio album and she arguably made it her most poignant. Each track represents a woman of importance or a track that addresses an important strength or struggle that women share. The title ‘Eve’ represents the first woman of importance to the monotheistic religions that follow the old and new testaments. Eve the woman who ate the forbidden fruit to set everything into motion. Other women who are honored and celebrated include: Nina Simone (musician/activist), Cleo (character from ‘Set it Off’), Aaliyah (singer), Oprah Winfrey, Whoopi Goldberg, Serena Williams, Tyra Banks, Maya Angelou, Myrlie Evers-Williams (Activist/Medgar Evers’ wife), Michelle Obama, Hatshepsut, Sojourner Truth, and Afeni Shakur (activist/Tupac’s mother).

This album is fantastic and incredibly intelligent. Every lyric is written with intention to spread a message about the complex, dynamic, and wonderful strength of women by using Rapsody’s heroes as a way to express it. I kept listening to the album over and over again, finding new elements to read into and take back to ponder. This is not an easy listening album it is a listen to learn album. Rapsody also enlisted a lot of help to tell these stories including: Leikeli47, K. Roosevelt, D’Angelo, GZA, Mereba, Elle Varner, SIR, JID, Queen Latifah, J.Cole, PJ Morton. This album has quickly become one of my favorites.

‘Nina’ is the opening track of this album and is about the impeccable talent of Nina Simone. Within the lyrics it displays the authenticity, activism, and wonderful talent of Nina.  ‘Cleo’ and ‘Serena’ both have a wonderful rhythm and flow that emboldens the listener to rise to the highest standard and to go after what they want. Never take ‘no’ for an answer and standing up for yourself and rising to your highest level. ‘Myrlie’ is such a lyrically smart and deep song about being strong in the face of such adversity and loss that one cannot be inspired. This album gives a lesson with each track whether it is historically, emotionally, physically, or everything. There is no way you won’t be different after listening to it…. Rapsody doesn’t allow you to see the world the same.

I have to show my bias before I start this review. Taylor Swift was never my favorite musician, but I respected that she wrote her own music and that she played guitar. I admired the work that she did on her album Red that she did with Ed Sheeran and Gary from Snow Patrol. After that, I felt that Taylor Swift lost the soul she once had and I lost the respect that I once had for her. So I came into this album with a heavy dose of skepticism.

This album is actually a strong effort by Taylor Swift. I feel like in this album she married her old style of music with the best of her later efforts. The lyrics speak to something more organic tells stories that people can relate to other than writing about celebrity victimhood which no one cares about. Then I found out who she collaborated with on this album and it made total sense why I enjoyed it as much as I did. Jack Antonoff from the bands Bleachers and FUN produced many of the tracks. Helping Taylor merge her pop bangers with a storytelling grounded sensibility. Bringing something that has been missing in Taylor’s music…being reflective not reactive yet still embracing her female prowess. This is a mature and a truly feminist album which allows us to see the human in one of the most commericially successful artists of this generation.

‘Cornelia Street’ is a pop song in structure but lyrically it bleeds with country nostalgia. Making it a song that unfolds like a descriptive story that we can all relate to as we ponder our own failed relationships. ‘Lover’ is somewhat old school in sound, almost waltzy in structure, yet you can hear both country and pop elements in the song as she merges her old and new worlds. ‘Paper Rings’ is my favorite track on the album and it is the track that has the heaviest Jack Antonoff touch to it. It is a song that declares that love is more important than money. The song plays like an alternative rock song with powerful vocals by Swift that enhances the musicality of the track. ‘Soon You’ll Get Better’, featuring the Dixie Chicks, is the most country singer-songwriter track on the album. It was written as a reflection piece about her mother’s diagnosis with cancer earlier this year. I found comfort in knowing that when Taylor Swift, the person, needs to process her private emotions she really does get out her guitar. I missed that guitar. The song is lyrically strong with the melancholy sounds of both her acoustic guitar and violin adding to the emotion of the song.

Playlist of the Artists who Dropped Music on August 23, 2019